Saturday, November 30, 2019-Joseph Irungu alias Jowie, the prime suspect in the murder of the late businesswoman, Monica Kimani, has resurfaced on Instagram and deleted all photos of his ex-lover Jacque Maribe.

Jowie, who has been in remand since September 2018, had splashed photos getting mushy with the controversial TV journalist, when their love was blossoming.

However, he updated his Instagram page that has been inactive for over a year and deleted all the photos he took with his ex-lover Jacque Maribe.

He then posted a photo in the company of a woman at an entertainment joint and used a smiling face emoji as the caption. 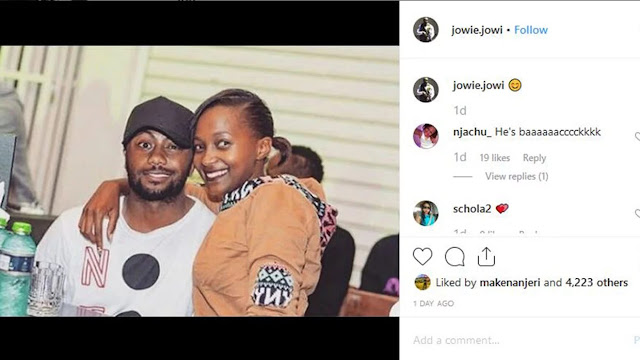 Lately, Maribe has been spending most of her time with her baby daddy comedian Eric Omondi as Jowie languishes in remand at Kamiti after he was denied bail.

Maribe revealed that Eric Omondi is the father to her son after keeping her fans guessing for years  and described him as the best dad in the world.

They even posted photos having great time together in a vacation.