I will never get married again or commit myself to a relationship with any woman – Flashy criminal lawyer CLIFF OMBETA says and divulges information on his love life. 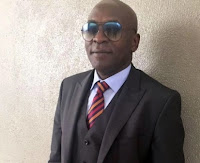 Saturday, November 30, 2019- The no-nonsense criminal lawyer, Cliff Ombeta, has for the first time divulged information on his love life.

The celebrated lawyer further said that he don’t want to get married again after his first marriage flopped.

The lawyer fears that if he remarries, the second marriage will also flop and that’s why he doesn’t want to commit himself to relationships.

He also doesn’t want to get more kids.

However, he has a Rwandese girlfriend who is keeping him busy and soothing his heart  but has he has no intentions of marrying her.

It’s also tricky dating now because you don’t know who is genuine, who wants you for Cliff the lawyer and not for me. Sometimes you end up pushing away genuine people. But I actually have a girlfriend from Rwanda.” Said Ombeta.