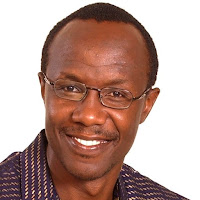 Sharing his thoughts on social media on Wednesday, Ndii who is currently the National Super Alliance (NASA) lead strategist, said the current situation being witnessed in the country was expected.

“The failing economy and government revenue shortfall we are experiencing were foreseeable."

"My prediction in this article four years ago was based purely on economic theory, and then you have tweeps here telling me be practical,” Ndii said.
The brilliant economist noted that the huge infrastructure projects being undertaken in Kenya courtesy of Chinese loans were sucking money out of the economy unlike in mineral rich countries where new infrastructure is linked to increased production and export of minerals.

President Uhuru Kenyatta has been launching multi-billion infrastructure projects since 2013 when the Jubilee regime ascended to power.