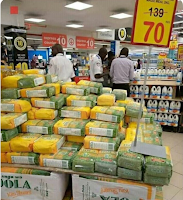 Sunday, November 10, 2019 - Carrefour Hypermarket is under fire after hawk eyed netizens noticed that the giant retailer was selling one of the banned Maize Flour brands at half the price.

On Saturday, the Kenya Bureau of Standards (KEBS) banned five brands of maize flour over high aflatoxin levels and asked manufacturers to recall their products from the market.

"The permits have been suspended and the manufacturers instructed to discontinue manufacturing or offering for sale the affected maize meal products," KEBs said in a statement.

Hours after the ban, netizens noticed that the popular chain had been selling the 2kg of Dola Unga at Sh70 instead of Sh139.
This left Kenyans wondering if the local French retailer had prior knowledge of the ban and disposing the product at a throw away price while putting consumers at risk because aflatoxin is known to be carcinogenic.

After social media uproar, the hypermarket defended itself stating that the promotion was negotiated with the supplier several weeks ago without knowledge of the investigation by KEBS.

See the tweets below. 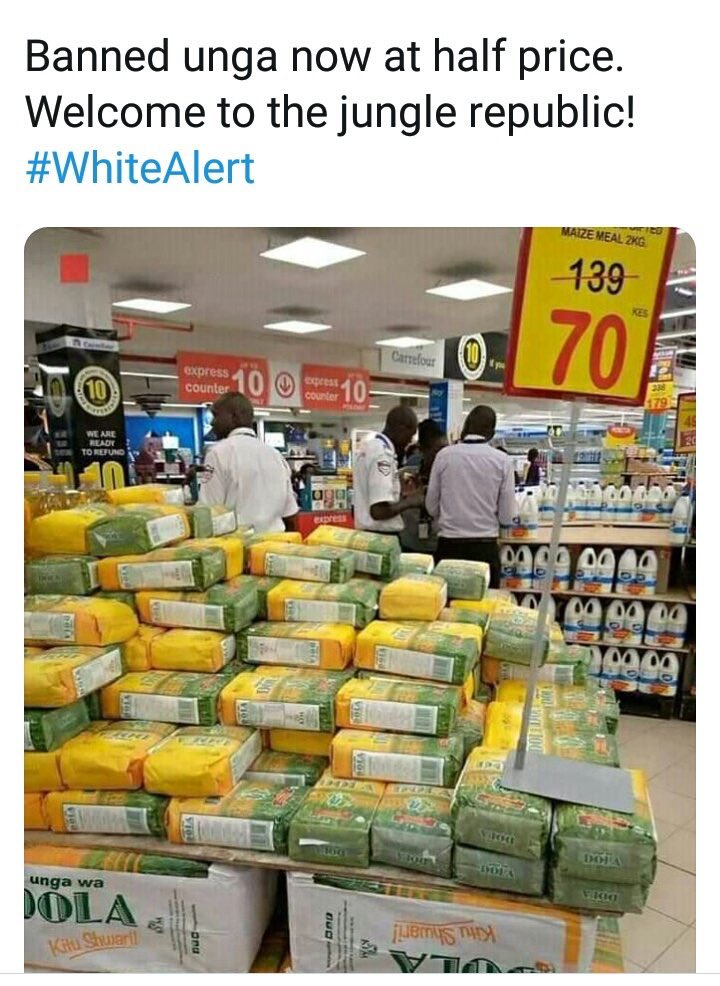