Taking to twitter on Wednesday, Marriott posted a photo from a restaurant in the UK where she was enjoying pizza and a glass of tap water.

“Briefly back in the UK."

"Appreciating and enjoying a (gluten free – am coeliac) pizza, the privilege of tap water… and some Kenya reading, as the big issues continue to challenge us all,” she captioned the post
.
However, Kenyans were quick to notice a copy of a report titled State Capture: Inside Kenya’s Inability to Fight Corruption on the table.

The fact that she insisted on saying that she was drinking tap water, led many to conclude that she was trying to say tap water in Kenya is not safe for drinking.

Marriot, 46, is the first UK female High Commissioner to Kenya taking over from Nic Hailey.

She previously served in the Middle East and North Africa Directorate of the Foreign and Commonwealth Office and High Commissioner to Yemen between 2013 and 2015. 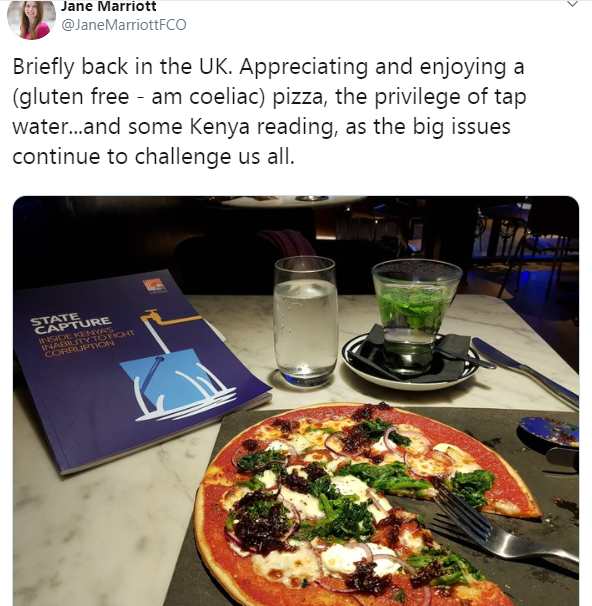