SHOCK as it emerges that once popular Genge singer, C-ZARS, is hiding in Australia- His cousin reveals everything.

Thursday, October 10, 2019-Fresh details have emerged on the whereabouts of once popular Genge singer, C-Zars, who came to the limelight after releasing his club banger, Amka Katike, which dominated airwaves.

C-Zars disappeared from the limelight when he was at the top of his career.

He was reported missing just when he was about to sit for his KCSE exams,  never to be seen again.

There have been endless  theories on his disappearance, with claims that he eloped with an elderly mzungu woman and flew abroad.

A person  who claims to be C-Zars cousin now he claims that the Genge singer is hiding in Australia.

She alleges that a family gathering was  organized to find out on the singer’s  whereabouts after he disappeared only to realize that he sneaked out of the country to Australia, where he currently lives.

See the tweets from C-zar’s cousins that have caused a stir. 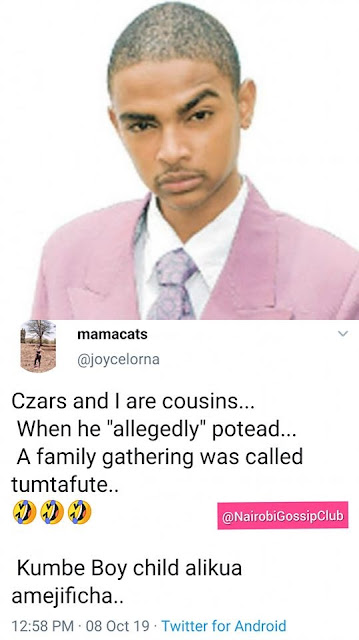