Monday, October 14, 2019- Nairobi Governor Mike Sonko has been in France for the last one week and over the weekend he was spotted partying hard at the luxurious Cavalli club with sexy ladies.

Sonko, who has been in the city of Montpellier where he recently received an international award on behalf of Nairobi city for leading in social and economic equity, said he was celebrating Eliud Kipchoge’s historic feat in Vienna.

Taking to Facebook, the controversial county boss wrote:” At Eliud Kipchoge's pre-party. For those who don’t have news like NTV who say I am dramatic, you should show me where the Constitution says governors should not enjoy themselves,"

In the video, Sonko is seen getting down while surrounded by skimpily dressed sexy white ladies as the DJ shouts his name.

Watch the video and reactions below. 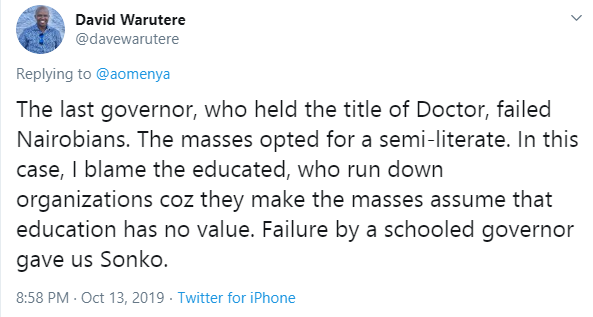