RUTO and MARIGA’s fate is now sealed in Kibra-See who has joined RAILA and IMRAN to send them to political dustbin?

Monday October 28, 2019-Former Westlands MP Fred Gumo has joined the ODM brigade in Kibra to campaign for Imran Okoth ahead of the parliamentary by-election slated for Thursday next week.

Gumo urged residents to turn out in large numbers and participate in the November 7 polls, failure to which they will be 'cursed'.

“If you fail to vote on November 7, we will curse you. We want all of you to cast your vote. If you see me here, it means there is something bad being planned,” he said.

The former legislator claimed there was a plot to humiliate Raila in his 'bedroom' by snatching the seat from him, and asked ODM supporters not to let that happen by ensuring Imran wins the race.

"This is a do-or die-affair meant to embarrass Raila and dethrone him from his bedrock. Let us come out on November 7 and stop this," Gumo said. 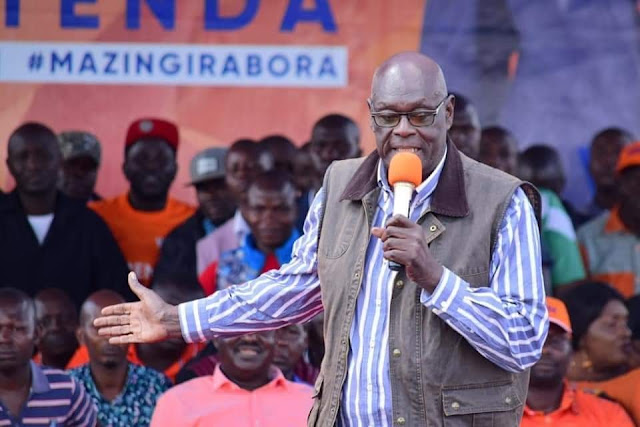 "There are some seats in Nairobi which are reserved for ODM. We cannot allow them to go to the other side," he added.

The veteran politician termed Jubilee party candidate McDonald Mariga as 'our son' but accused him being used by Deputy President William Ruto to humble former prime minister in his political stronghold.

"We will not vote because money has been splashed. We will support our own even if he is poor," Gumo said.