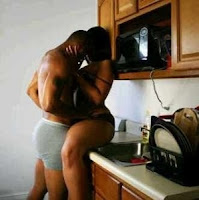 Sidhani ningemsamehe baada ya kunidharau. In May something happened to me that I regret ever left Nairobi for Mombasa.

I live in Pipeline and my wife lives in Kisumu. I was transferred to Nairobi this year and so far I haven’t stayed for long.Before I got a transfer I used to live with my family in Kisumu but this year I left them there and relocated to Nairobi alone.

I used to visit my wife every Friday until April when I stopped after my pockets started becoming slim. I decided I’d be visiting them once a month. However, something happened one day in our office that forced me to change my schedule. One evening, my boss told me there was a trip to Ahero for a pilot survey and I should accompany the rest for the trip.I don’t know how fast it happened until the second day we were enroute to Kisumu. But on reaching Kisumu, it was a bit late and the rest of us decided we should sleep in Kisumu and continue with the journey the following day.

Three of us booked a hotel but I hesitated since my house was few metres away. The driver decided to take me to my gate.

On the way I called my wife to open the gate but she didn’t receive the call.I decided to pass through the fence because I thought she was asleep.But on reaching my door, I heard murmurs from the house.I thought it was my inlaw who had visited only to hear someone talking in base,”ujue leo sikuachi “.When I listened carefully,I heard my wife say,”nikamate hapo,yote niyako”

I called the driver to come and listen with me,,,he broke my heart when he told me,”huyo ni mwanaume anauma wife yako”.I knocked the door hard and pushed it, only to find myself inside the house—she had not put the lock.Within minutes,a traffic police officer I know well emerged while zipping his trouser. Since he was armed, I feared attacking him.But he told me,”ukijaribu anything,I will finish you!My body sank in pain and tears started flowing, I didn’t have anything to say because the driver who had accompanied me took to heels.
I went straight to the bedroom to fight with my wife only to find she had sneaked out of the house through back door.But I could clearly hear her say,”hautaniona hapo”.

I didn’t sleep that night in my house;I went straight to the hotel where my workmates were sleeping and slept there.That night I was slowly coming to terms with what had happened in my house.While I was in deep throught,my wife sent me a message saying,”I am gone,look for another wife to marry”.I couldn’t believe it was the woman I had fed for 9 years who was writing that message

While I was figuring out what I would do,I realized I had picked details of Dr Mugwenu,a man who had helped many couples with marital problems.The details in my diary were:
Phone number:  +254740637248

I called the number  +254740637248 and the man told me to meet him in town.We met and explained to him my problems.At that time I had not seen my wife for three days.
One week later,the traffic police officer called me to ask for forgiveness.His thing was progressively growing big without reverse and he knew I had done something.”aki ndugu kama nimekukosea tafadhali nisamehe,niko tayari kulipa anything ndio unisamehe”,he said.
That day my wife also called me and she also asked for forgiveness.

Since the traffic police was remorseful,I asked for what I felt I was comfortable with and told Dr Mugwenu to undo what he did.My wife has never repeated the mistake and she knows mimi ni moto wa kuotea mbali.