How RAILA, through GIDEON MOI, managed to kill The Standard’s headline exposing the fight between his wife and the late son’s wife over inheritance 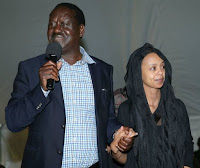 Monday, October 14, 2019 - The Standard Newspaper was forced to change Monday’s headline late at night after Raila Odinga used his influence to stop the publication of a court report exposing the vicious war over his late son’s property.

The headline “The fight in Raila’s Home” that was supposed to run in the paper’s headline on Monday was replaced with New Hefty Benefits for Teachers.

The Kenyan DAILY POST has learnt that the paper was ready to go to printing when Raila called a senior manager and expressed his displeasure about the article detailing the  fight between Ida Odinga and his  late son’s wife, Lwam Bekele, over his multi-million estate.

Raila is said to have gotten wind of the story through the moles he has planted in the newsrooms in form of editors and reporters.

The former Prime Minister reached out to Baringo Senator Gideon Moi who oversees the interests of the Moi family in Standard Media because they are the principal owners of the company to help him kill the story.

Since Gideon calls the shots at the Mombasa Road based media house, he summoned Executive Editor and Heads of News, Kipkoech Tanui, Editor-in- Chief, Ochieng Rapuro, and the newly hired Managing Editor, Denis Galava, and ordered them to bring down the story.

The three who had already left office drove back to stop press and find an alternative headline.

Since it was too late to craft anything sensible from scratch, they replaced the headline on Raila’s family fight for his son’s vast wealth with an article on teachers.

This is why The Standard newspaper did not make it to the newsstands on  time in the morning.

This is the headline that was killed after Raila reached out to Gideon Moi. 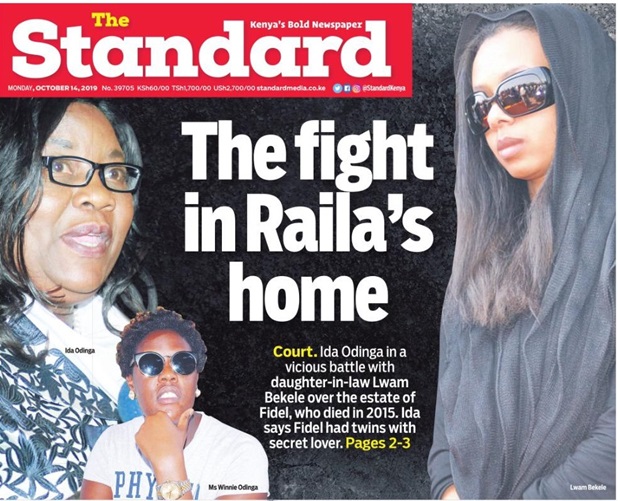 It was replaced with this headline. 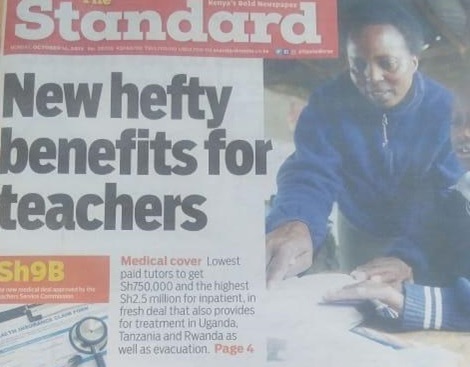