Friday, October 4, 2019 - Former US President, Barack Obama, and First Lady, Michelle Obama, have been married for 27 years and still madly in love.

They both took to social media to shower each other with sweet ‘nothings’ and it is evident that spark that brought them together 27-years ago is still shining bright.

Michelle shared a photo of the couple laughing heartily and wrote:

“27 years ago, this guy promised me a life full of adventure. I’d say he’s delivered,”

On his part, the former POTUS shared a loved up photo of the couple watching the sunset and wrote:

“Like the Beatles said: It’s getting better all the time. Thanks, babe, for 27 amazing years!”

Obama revealed in his book, Dreams from my Father, that the two met in 1989 at a Chicago Law Firm where Michelle was assigned to be his mentor.

He would ask her out on dates and while she was hesitant initially, she agreed to lunch and a movie.

After dating for a few years, they became engaged and tied the knot on October 3, 1992.

See the posts below. 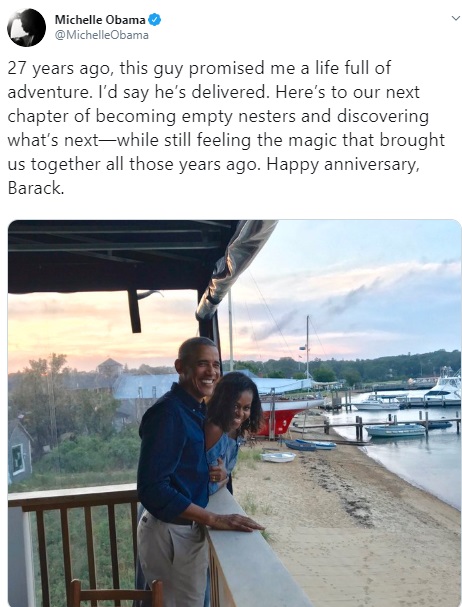 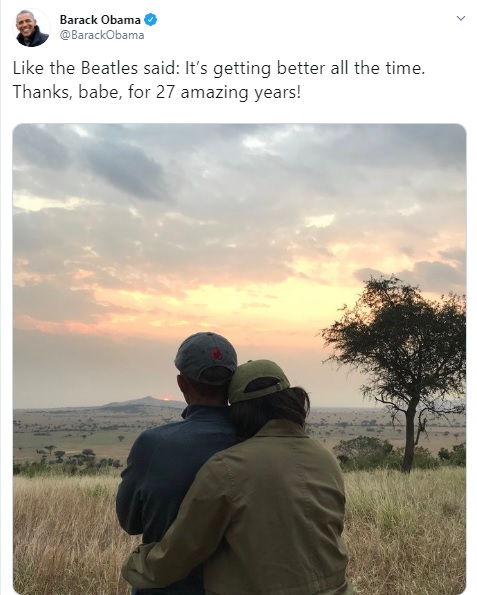