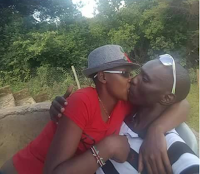 Taking to Facebook, Cherotich announced that she is engaged to one Kelvin Busienei, extinguishing hopes of reconciling with the troubled former Olympic Champion.

Chorotich fell out with Asbel early last year after a raunchy video of Kiprop and another lady identified as Nancy Rotich in his car went viral on social media.

The wife packed and walked out of their matrimonial home never to return back despite the two having been married for six years and Asbel's public apology.

In April last year Kiprop was banned for four years after testing positive to Erythropoietin (EPO) in an out of competition test.
He was also stripped off all his results and titles acquired in races between November 2017 and February 2018.

“Asbel is depressed as we speak and needs urgent counselling. Kenyans should stand with him the same way they celebrated his wins. I am not defending him because he is my husband but because I know he is a talented athlete,” Cherotich said in 2018.

In April 2019, Kiprop shocked Kenyans after he called upon his employer the National Police service to dismiss him from service, before he uses their ‘machinery to earn his justice’

He also called upon the world athletics governing body IAAF to come and collect their medals.

Days after the worrying post on social media, Inspector General of Police Hillary Mutyambai, held a meeting with him.

After the meeting, Mutyambai, reminded Kenyans that Mr. Kiprop “is our hero. We must never forget him.”