Friday, October 4, 2019- Thirteen people have been confirmed dead and scores injured in a horrific road accident at Awasi along Kisumu-Kericho highway.

The accident occurred at 1:30 am after an Eldoret express bus enroute to Nairobi collided head on with a cane truck at Awasi.

Those injured were rushed to Jaramogi Oginga Odinga Teaching and Referral Hospital and Hope Medical Hospital while the bodies of the deceased have been moved to Ahero Hospital Mortuary.

According to Kisumu County Police Commander Benson Maweu, the accident occurred after the bus driver tried to overtake a cane tractor.

"The bus was travelling from Kisumu towards Kericho on the Kisumu-Nairobi Highway when the driver tried to overtake a cane tractor and was involved in a head-on-collision with the trailer," said Maweu.

Nyanza regional police boss Vincent Makokha said of the 13 people who died, 12 were in the bus including a child. The other was the truck driver. 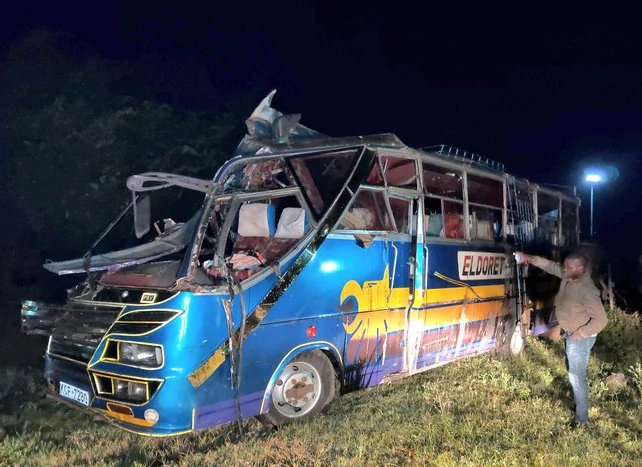 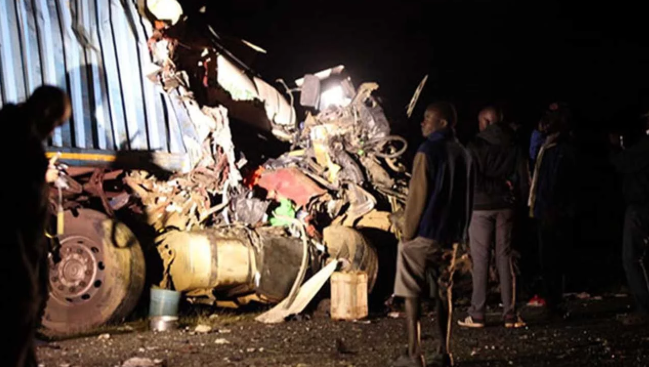 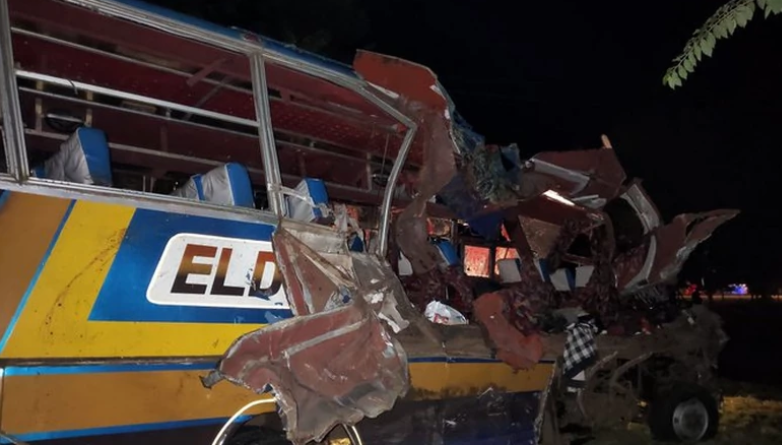