10 GSU officers killed after their vehicle ran over an Improvised Explosive Device.

Saturday, October 12, 2019- 10 General Service Officers (GSU) have died after their vehicle ran over an Improvised Explosive Device(IED) along the Kenya-Somalia border.

The officers were on patrol when their vehicle, a Toyota Landcruiser with registration number GKB 277U, ran over the IED at Degoh road between Liboi and Damajale.

The IED is suspected to have been planted by the Alshabaab militants.

Confirming the incident, Inspector General of Police, Hillary Mutyambai said reinforcement has been sent to the area to pursue the attackers.

The Police Boss promised to give more information over the incident in subsequent updates. 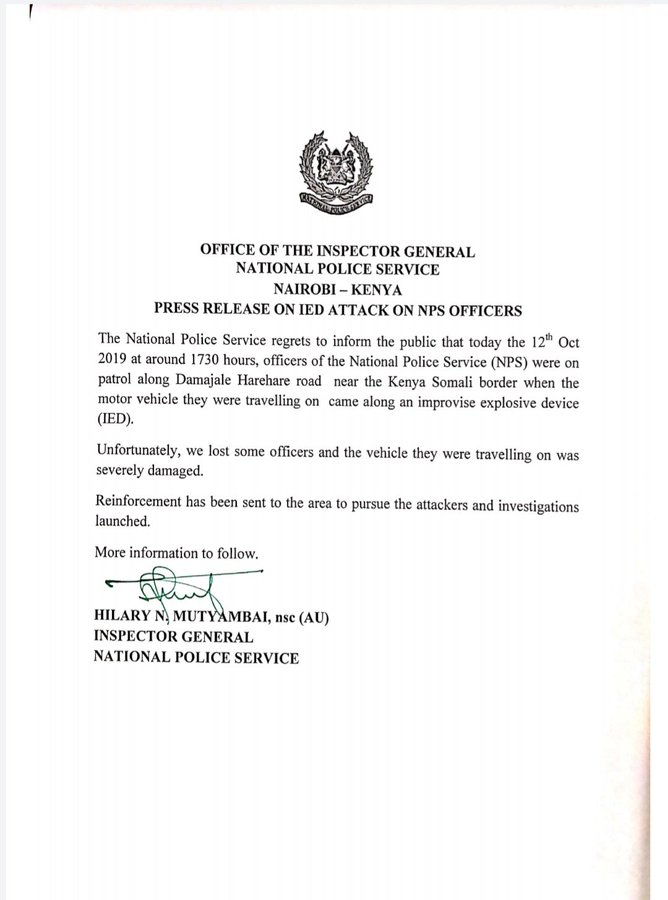