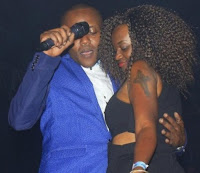 The shocking messages were leaked a while ago but they have been doing rounds on social medial recently.

The show that is hosted by Maina and comedian, Churchill alias Mwalimu King’ang’i, enjoys a massive following among women who don’t mind airing their dirty linen.

The popular topics on the show range from women complaining about their poor men in the bedroom to infidelity and crazy tales about dysfunctional marriages.

Despite numerous warnings by the Communication Authority over the sleazy content, the hosts have remained defiant perhaps due to the popularity of the show that rakes in millions in advertisement revenue.

Check out some of the leaked text messages doing rounds on social media. 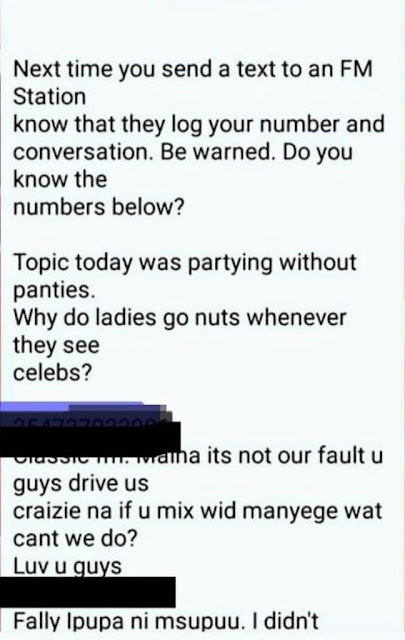 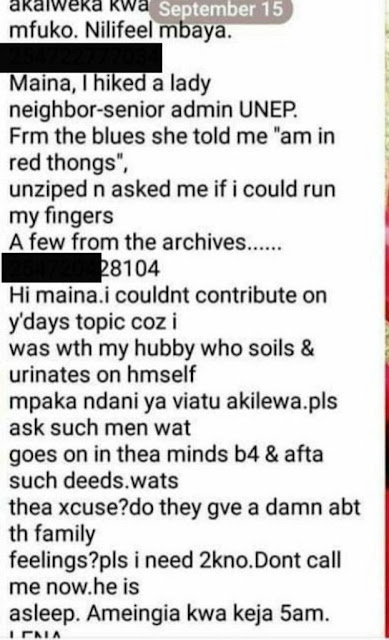 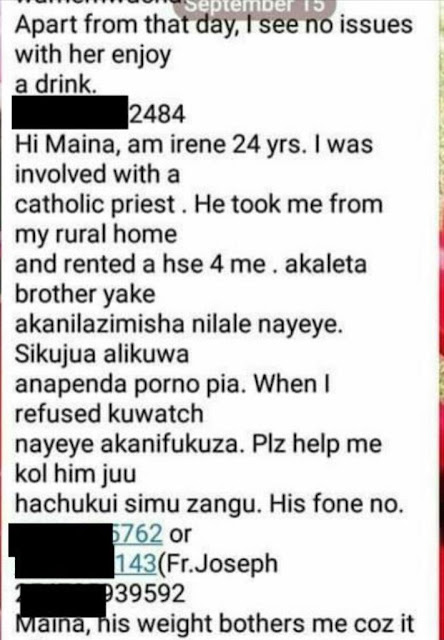 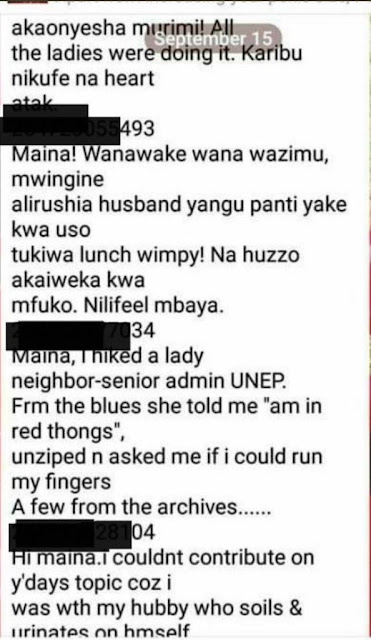 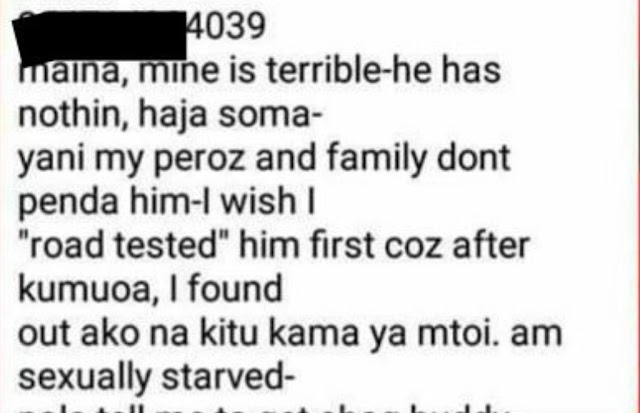 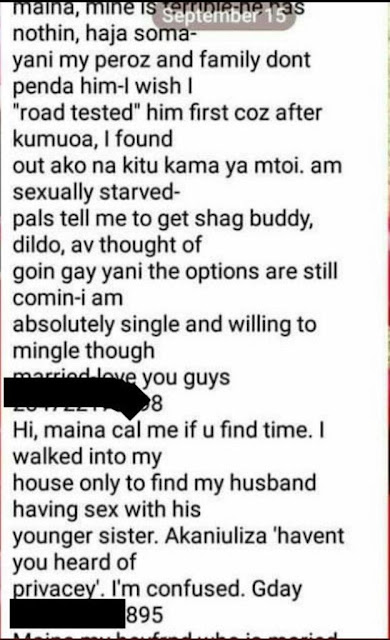 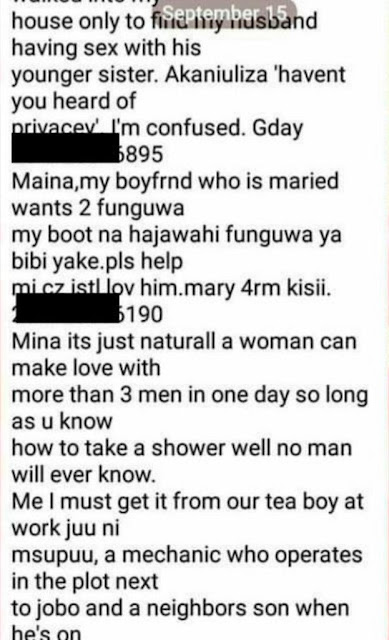 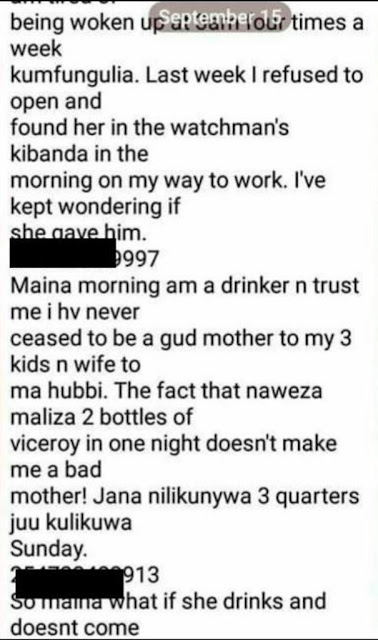 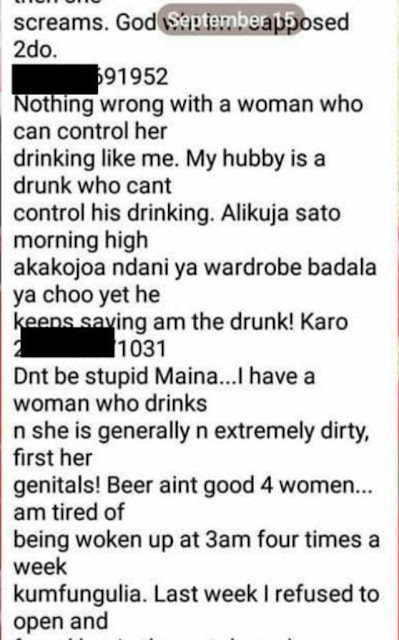