The late KEN OKOTH’s lover, ANNE THUMBI, does the most despicable thing-See who she has endorsed for Kibra seat instead of KEN’s brother, IMRAN?

Thumbi, who is a nominated Jubilee MCA in Nairobi, accompanied Mariga during the presentation his nomination documents at the commission's offices before Mariga was barred from contesting.

According to reports, Mariga's name was missing from voters register, which consequently implied that he did not meet the minimum requirements to vie for the Kibra parliamentary seat.

She was seen sitting alongside Mariga, both wearing the Jubilee t-shirts as Mariga signed various documents. 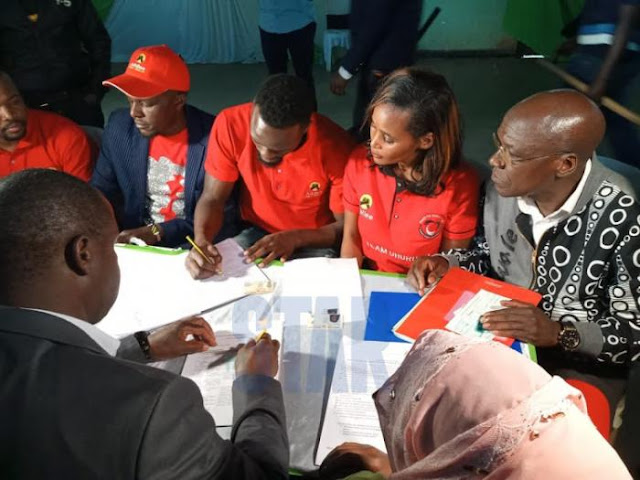 Former Kakamega Senator, Boni Khalwale, was also among the Jubilee leaders who escorted Mariga to IEBC.

Thumbi, sired a son with the deceased and was at the centre of Okoth's family drama.