SHOCK as KISII man is secretly buried in Dallas, Texas, by his WIFE! News of his clandestine burial causes ripples among Kenyan community in US and even back home in Gusii 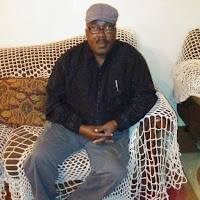 Kenyans in the United States mostly drawn from the Abagusii community met last week in Dallas Texas to deliberate on the way forward after Mrs. Eucabeth Angima decided to bury her late husband Thomas Ong’esa, secretly without involving the man’s parents, siblings and two of his sons currently residing in Kenya.

The principal organizers of the gathering led by Evans Orenge Ombati, Isaac Gitoi, Duke Ogoti and Barnabas Ombaba decried the manner in which the late Ong’esa, a well-respected member of the Abagusii community in Texas would be buried clandestinely without even the attendance of his closest friends in the Dallas suburb.

The dismay on the faces of those who attended the Dallas meeting was quite evident. They all wondered how a respected elder who had lived in the US for more than two decades would be buried like a dog in the US when arrangements had been made by the funeral committee and other close family members to transport the deceased’s body for interment at Rogongo village in Kisii County.

The organizers of the meeting appealed for patience and promised to pursue dialogue with the late Ongesa’s wife in consultation with the parents, children, and siblings of the late in order to see if the wife can reconsider her deision to exhume the body of the late and make sure it’s accorded a decent burial in Kenya.

“We’re not against late Thomas Ong’esa burial in the US, but the secretive manner the rite was planned and conducted, and his hateful disposition has acquired him a large circle of community members, family and friends deeply lament his death.” Says Evans Orenge Ombati, who is also a resident of Texas.

A whole community duped by one person

The melancholy surrounding the interment of Mr. Ong’esa in the US has completely set his aging parents in a state of bewilderment, shock, and sadness. Not even overnight vigils currently going on in Rogongo village will comfort them.

The late’s father Paul Ong’esa stated to the media that the Abagusii currently in the US should use all available avenues even using legal avenues to ensure the body is exhumed so that he can participate in the burial of his son and bring the matter to closure in Kenya.

“I want to see even the bones of my son and bury it here. I wonder why a woman can dupe an entire village to do the unthinkable by burying my son like a rodent in a foreign land.” Lamented mzee Ong’esa recently.

“After I conferred with my sister-in-law, she agreed that I travel to Kenya to prepare the ground for the arrival of my brother’s body. In a strange turn of events, the body wasn't sent as promised, and later shocked that a burial had already been conducted…We are still in shock the entire Rogongo village and totally failed to come to terms that indeed, Thomas is dead.” Said Patrick Ong’esa, who is a brother of the late and a resident of Arlington Texas.

A human being belongs to God first, followed by his or her parents, spouse, children, village, community.

How daring was Eucabeth to dupe an entire Church, her husband’s friends, and the burial committee to conduct a secret burial? What did she want to conceal with such a hurry?

The Abagusii community in Texas, are in a quandary after establishing that the wife had put a moratorium on hospital visits from the late’s friends and relatives during his sunset days.

Immediately the brother-in-law boarded a flight from Texas to Kenya, Eucabeth called less than a dozen of her friends who later accompanied her to the morgue and subsequently to the cemetery for the clandestine burial. Note that, she had provided her brother-in-law with $700 (Kshs.70,000) for a flight ticket and $1,000 (Kshs 100,000) to purchase a bull that was to feed the mourners in the village.

“In Rogongo village, the late Ong’esa’s birthplace, they waited for the body in vein only to learn that less than a dozen Kenyans are the only ones who accompanied Eucabeth to bury her husband at 9 am secretly without involving his family and the majority of Kenyan residents in the populous Dallas suburban. It's only about 1% of Kenyans in Dallas who knew the late Ong’esa was buried.” says Isaac Gitoi

“Kenyans donated handsomely to have our brother’s body interred in our ancestral land but out of malice, his wife did the opposite. We have a right to know how Eucabeth appropriated the $70,000, (Kshs. 7 million).” Says Barnabas Ombaba who is also a resident of Dallas.

Ombaba, reiterates that if money was the motive behind the secret burial, Eucabeth is free to pocket the remaining funds but authorize the exhuming of her late husband for a decent burial. Otherwise, Kenyans in the diaspora are ready to raise funds for the second time out of respect for the late so that he can be laid to rest in the presence of his entire family in Kenya.

“Why are leaders in the local Church where the late worshiped mute about the saga instead of providing moral guidance to the grieving family and community? Even some well-known community leaders who are always at the frontline to address Kenyan community challenges are mum after the burial controversy surfaced?” Duke Ogoti wondered!

Just like most communities, the Abagusii are very benevolent people whenever their own passes on. They glue together during griefing. When the community raises funds towards a social cause, they provide guidelines on how the funds will be utilized. For a burial fund, transporting the body and the accompanying family member are factored in the budget.

The cries of parents or by extension elders are weighty in any society especially when certain social norms have been blatantly violated. Those who go contrary to such cries never fail to suffer the consequences. The law of never-failing justice states that you get what you give whether positive or negative. Thus, in every action, there are consequences.

Those who attended the service have completely failed to divulge what happened thereafter since it was clear from the start that Ong’esa’s body was to be shipped to Kenya accompanied by his wife, her children and his brother Patrick. Who decided that Patrick should travel to Kenya instead of waiting to accompany the body in the same flight remains a mystery!

Today, the major talk in many Abagusii social media platforms is about Texas burial saga and the downside of social empowerment to women both in Kenya and the West. While a sizeable number of women have come out to condemn what Eucabeth did, others are either non-committal or supportive of Eucabeth.

In fact, the major argument Eucabeth has in the burial controversy is being next of kin to the husband. However, even so, the husband still belongs to his parents, children, extended family and friends, especially during the final rites according to Abagusii culture.

It’s interesting than some men in the diaspora who have keenly followed the Ong’esa story have suggested that a masculine revolution be pursued to neutralize the gender cycle so that men and women can each fight knuckle to knuckle for more autonomy is pursued.

Critical questions are being raised at home and abroad about the role of a couple in a period when God calls one! There is a lot of finger-pointing. Many argue that when Kenyan women land in the West, they undergo a complete metamorphosis by adopting a feminine approach in everything they do at work, school and at the family level.

An empowered woman these days is a demanding woman whether she resides in Nairobi, London or Ontario! Nobody knows clearly how marriages will look a decade or two from now. May be men and women will only bond for purposes of procreation with no long-term commitment. 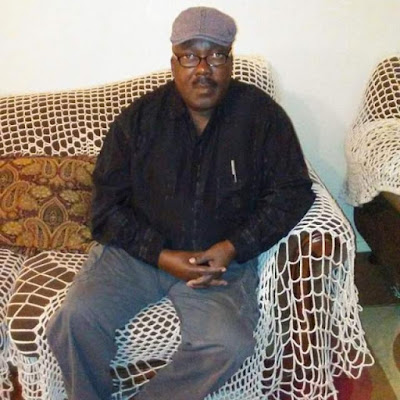 While men have also contributed to the escalation of gender rift, it must be remembered that women who migrate to the West tend to be more radicalized than men. Marriage breakups are rampant, family feuds and infidelity are the order of the day in most families.

Even with strong social empowerment of women in the West, which is also taking root in the developing world, it must be understood that an eye-for-an-eye will make two parties blind. If men and women decide to use empowerment as a tool to exhibit their family supremacy, who will be the head?

Men do cherish women because they are our mothers, wives, daughters, sisters, and grandmothers but the gender empowerment revolution currently spreading like wildfire has hit Africa, Europe, and Asia hard! If unchecked, it will consume marriages and subject children to single Parenthood and completely puncture the core foundations of matrimony.

In the Feminine Revolution, by Amy Stanton, the author asserts that: “Femininity is powerful.” “It’s really powerful. And being in that power doesn’t only feel good and lead to better relationships and more fulfilling life—it can change the world.”

One wonders if this is what Eucabeth borrowed to conduct a clandestine interment of her husband against the wishes of the Kisii community in Dallas, parents-in-law and the late’s children currently residing in Kenya.

A close friend of the late Ong’esa, Mr. Wismack Osoro poses this question: When does it become expedient to exert one's rights? Put another way, what triggered the wife to exercise her rights to this extreme level? Osoro contends that Abagusii culture ought to be respected and that, even those who raised the funds to cater for the funeral are not Americans but Kenyans.

Kenyan men in the US jointly with the late Ong’esa’s family will be moving to court soon to compel the late Ong’esa wife to exhume the body for reburial in Kenya. This will also act as a deterrence to many women who use America’s favourable laws to demean and connive, men, hence destroying their families.

The Texas circus has rekindled clan rivalries which often characterize Gusii politics. Since Eucabeth is from Bomachoge, majority of her clanmates are neutral, supportive or completely antagonistic to her for burying the husband secretively.

“When Kisiis are faced with a crisis, unity becomes the guiding principle. We are faced with a traditional and cultural challenge where one of us was buried like a stray dog in a Texas desert. Yes, we may not salvage Tom’s life, but last respect is as important as the care we accord an infant. This is a unique trait that distinguishes Kisiis from many Kenyan communities.” says Charles Mayaka, who lives in Botswana.”

Respecting the final rites of a departed soul is very ancient. In the book of Exodus, Joseph’s brothers swore that they will carry his remains out of Egypt to Canaan. This shows that human dignity doesn’t end after one breathes last.

“We are cognizant of the complexities involved in Spousal rights, especially as it relates to death. This is a matter for the Jurisprudence to discern unless natural law is applied. “We pray that the US system doesn't trample the tenets that guide our community.

After all, how would you feel if your child is hastily thrown away in some dumpster without the living parents, siblings, kinsmen, and friends present? This is simply an inhumane act that must be condemned wholesomely! Says George Mosongo Omwenga, a resident of Texas.

“We are prepared to fight this up to the highest court in the land in order to ensure that justice is served! The burial controversy is no longer Mzee Paul Ongesa’s or mama Selina Gesare Ong’esa’s alone. It affects all those who believe that an injustice was committed to deny a lifeless soul a dignified final rite of passage.” says Evans Orenge Ombati.