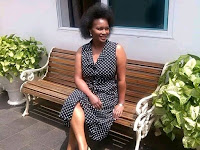 Monday, September 16, 2019 - In a statement to the police the day her late husband, Tob Cohen, was reported missing, Sarah Wairimu described the Dutch tycoon as a violent man who dealt with anyone who crossed his path ruthlessly.

Sarah claimed those who crossed his late husband’s path would die mysteriously.

She named Barnard Martems, the boss of Papyrus Africa Ltd, as one of the businessmen killed by Tob Cohem.

Sarah alleged that Barnard was always at loggerheads with Cohen before he was murdered.

“Martems was always at loggerheads with Tob.”

“He ended up being shot at his gate in Karen,” she said in the statement.

Sarah named Frank Timmerman, a foreign businessman, as another person killed by Tob.

Frank collapsed and died mysteriously after he had a disagreement over business deals with Cohen.

Wairimu told police in the statement that Cohen repeatedly assaulted and insulted her.

He had developed a habit of referring to her as a Nyeri prostitute.

Sarah Wairimu is the prime suspect in the murder of Tob Cohen whose body was discovered buried in a septic tank at his palatial home in Kitisuru.