Most Notable Athletes From Kenya

Most Notable Athletes From Kenya

Kenya is home to more than 49 million people. As a developing country, Kenya faces many challenges in the development of its society. Many areas experience frequent droughts, high unemployment, and food shortages. Fortunately, these social issues have not prevented some of the locals from striving for the gold. Kenyans are known for their athleticism, friendly attitudes, and desire to learn. Below, you will discover a list of Kenyan athletes that have made it to the big league. 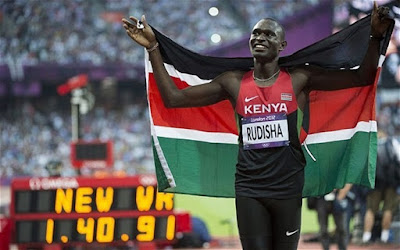 Dipak Narshibhai Patel is a professional cricket player from Kenya. The professional right-arm off-break bowler has played a total of 236 first-class matches, with 9,734 4uns at 29.23. Patel began his professional career in 1976 at Worcestershire. In 1968, he moved to England where he sailed in his career. After an unfortunate turn of events, Patel decided to move to New Zealand, where he played for Auckland from 1985-86.

Hilda Kibet was born in Kenya on March 27, 1981. Weighing only 99 pounds, with a height of 5' 5”, the professional marathon runner won the New York City Half Marathon, Egmond Half Marathon, City-Pier-City Loop, British 10km London Run, Parelloop, all in 2007.

30-year-old Julius Yego is another excellent Kenyan athlete. He is often referred to as Mr. YouTube. Why? Well, he managed to learn how to throw the javelin by watching other javelin athletes on YouTube. It might seem unorthodox but it worked for him. He has competed numerous times and looked great at the 2016 Rio de Janeiro Olympics. In 2016, he partook in the javelin throw at the Olympics. Ultimately, he would take home a silver medal.

David Rudisha is another championship running. He mainly partakes in middle-distance running. He was born on December 17 or 1988 in Kilgoris. He is only 30 so there is a good chance that he is going to continue competing in the years to come. He has been a powerhouse when it comes to winning gold medals. He has competed twice at the Olympics and picked up gold medals both times. In fact, he has won gold in almost every competition he has partaken in. That isn’t going to change anytime soon.

It should also be noted that Rudisha was awarded the IAAF World Athletes of the Year award at the end of 2010. He is one of the finest Kenyan athletes ever and it is easy to see why. Another thing to note is that he is a major supporter of the Arsenal Football Club.

There is no denying the fact that Kenyans excel at long-distance running. However, it is tough to find anyone who can compete with the 36-year-old Vivian Cheruiyot. She was born on September 11, 1983, in Keiyo, Rift Valley, Kenya. She stands at 1.59m tall and has been a powerful house in long-distance running. She has become an Olympic champion in the 5,000 meters event too! She has represented Kenya at many Olympic events including the 2000 Summer game, 2008 Summer games, 2012 Summer game, and the 2019 Summer games. The has won numerous competitions over the years making her one of the best ever.

During the 5,000 meter race at the 2016 Rio de Janeiro Olympics, she managed to win the gold medal! That is very impressive and you’re just getting started. When she is in a race, you can pretty much guarantee that she is going to be near the front of the pack along the way.

Ultimately, Kenya residents absolutely love their sports. Is it any wonder there are so many excellent athletes from this country? The country has produced some of the best athletes in the world and this is unlikely going to change at any point in the future. If you’re a fan of sports, you can guarantee that you’re going to find yourself watching Kenya athletes compete at the top level. Above, you have learned about some of the best but this list could go on and on. With that being said, you should consider researching them in more depth on your own.