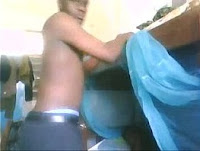 In 2016 we planned to get our second child, I was optimistic this time I would get a boy child and close the chapter. I thought it was easy since it wasn’t hard when we got our first born. From 2016 until 2018 we tried hard, I tried all positions but nothing forthcoming. I started suspecting there was something wrong and in 2018 September my wife suggested that she visits a Gynecologist to determine where the problem is.I didn’t object because I thought it could solve our problems.

She went to a Doctor based un Upper Hill, I actually accompanied her. We arrived and found the doctor was attending to another client. After waiting for about 20 minutes, he called us in, “welcome, have a sit”.I could see he was a serious man, “perhaps he understands his job”,I told myself. After discussing for a while, he told me to leave the room, there were confidential questions he wanted to ask her, I reluctantly left. It’s not easy leaving your wife with another especially if undressing is involved.

There was a newspaper at the reception, I picked it and made myself busy as I waited for them to finish. After about 30 minutes, my wife came,”twende sasa, tumemaliza”,aliniambia.She took her handbag and we headed home. But on our way, she told me the doctor wants her to visit the clinic at least once a month for medication. I didn’t see any big deal, I accepted her request.

I let her go alone because she had already known the place. The first visit was in October 2018.She woke up at 6 am, prepared our kid and went straight to see the doctor. She was back at 10 am. Then it was December few days before Christmas. This time she went at 4 pm because as she explained, the Doctor had other commitments in the morning. Afterwards,they started meeting more often, they would meet even weekly.

I didn’t ask anything until March this year when I decided to follow my wife to the Dotcor’s clinic.As usual she told me she is visiting the doctor ,I said yes.I waited until she boarded a vehicle,I secretly boarded a taxi to see where she alighted.Fortunately,she alighted at Haile Selassie roundabout and boarded a boda boda.Our tax followed her until Upper Hill. We gave her about 15 minutes, then I decided to walk in, I left the taxi to continue with its business.

Immediately I arrived I found the reception empty, I decided to sit and wait. That’s when I heard,
Aki Mbona Unanifanyia Hivi,Ouch,Ouch,Waaaao”,kuchungulia kwa dirisha kidogo nikaona bibi ako chini na doctor juu huku wakimumunyana.My heart started beating faster as I watched them do it without fear.I knocked the door ,only for my wife to dress so quick and rush to sit.I decided to confront them. The Doctor pleaded with me not to do anything but in the process he called a security officer who threw me outside the compound. I went home crying.

That evening, my wife came and took all her belongings. I never bothered to ask her where she was going because I was in great anger and pain.It’s after one week of silence that I noticed she was serious.When I called her,she told me this,”kwenda huko,hata huyu mtoto niko naye sio wako,wewe ni mwanaume wa aina gani hawezizalisha mwanamke!!”.That statement pained me a lot,I regretted meeting her.Imagine I am the one who helped her complete college, I made sure she got a job,I have been feeding her and the kid ,she is not even considerate.

I came to learn that my wife moved to live in Kasarani, the Doctor was the one paying rent for her.But I didn’t want to lose her like that,I can’t build a woman for another man.I had to revenge.
I went to Dr Mugwenu for help. Mugwenu’s contacts are:

I have consulted Mugwenu before when my neighour stole a TV.I asked how he would help me and he told me it’s this simple,he will give me something to put outside the Doctor’s house, then the Doctor will lose concentration in his work, clients will disappear too.The following week,I went to Mugwenu who gave me something in a polythene paper,I went and put it outside the Doctor’s office.I then went home and waited for results.

After 2 months my wife called while crying and apologizing severally. I remember it was in July towards the end of the month. I asked her why and she started telling me all her problems, that she has not paid rent, the Doctor left her, sijui what. The worst part is that our child is admitted to hospital. I ignored her. But she constantly called, every day she would call more than 5 times.

I decided to call the doctor nikamwambia,unajua malipo ni hapa hapa,now you are paying.It’s after that call that he decided to open up to me,he regrettably apologized and promised not to repeat what he had done.He confessed that since he started sleeping with my wife all clients have disappeared, he even closed the clinic. I was happy to hear that.I clearly explained to him that I am the cause and if he wants to recover,he should see me.Well,I am now rich,thanks to the doctor,I officially divorced my wife and I am happy.

If you have marital problems or someone has conned you,call mugwenu for help,he will execute the job perfectly.The contact is +254740637248.Thank you Mugwenu.