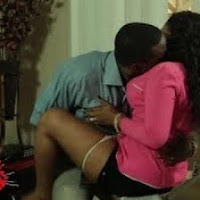 Wednesday, September 11, 2019 - A rogue man of  God identified as Pastor Patrick Ambani of African Divine Church has been taken to court for defiling an underage girl.

The 11 year old girl told the court that when the randy pastor raped her for the first time, she was confused.

Apparently, she trusted the rogue man of God so much because she worshipped in his church, prompting her to keep quiet after he defiled her for the first time in her grandmother’s house.

The underage girl told the Kibera Law Courts Magistrate that Pastor Ambani started luring her to sex in 2015 when he visited the house where she lived with her grandmother.

“When I told him that I was alone, he got in, sat on a chair and asked me to allow him to watch a movie,” she said.

He then left his seat and moved closer to her.

"He held my shoulder and asked me to relax with him.”

“I was shocked but I did nothing because he is a pastor.”

“All he wanted was to relax, I thought in my head,” the innocent girl added.

The sexually starved pastor then began touching and caressing her.

He then undressed and raped her and after he was done, he gave her Ksh 50 to buy chips and told her not to tell anyone.

“After that day, Ambani kept visiting when my grandmother was away and each time, he would defile me,” she told the court.

This continued for three years as the girl suffered in silence.

Ambani denied the rape charges and has been in police cells for a month after he failed to raise bail amounting to Ksh 300,000.

The hearing continues next month.

Here’s a photo of the randy pastor. 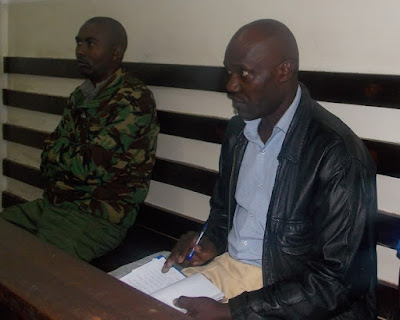