Has UHURU given RAILA an aide-de-camp? Handshake is really working and baba is enjoying real power now- Look! RUTO will commit suicide after this 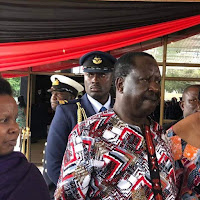 Raila, who reconciled with President Uhuru Kenyatta last year, has often enjoyed state power including chase cars and reception by government officials in his functions.

On Friday during the memorial of Precious Talent Academy students who died early this week, his bodyguard stood behind him, replicating the roles of an aide-de-camp.

Wearing a dark suit, the bodyguard, a familiar figure in Odinga's security, monitored the events while standing behind Raila, something only synonymous with heads of states. 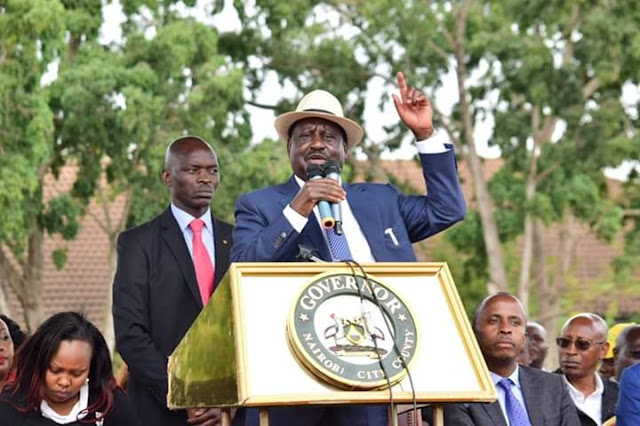 An aide-de-camp is a security official assigned to President and usually guards him by standing behind him during functions.

In 2016, a police officer attached to former Baringo Governor Benjamin Cheboi, was transferred after pausing as an aide-de-camp during a public function.

Industry, Trade and Cooperatives Cabinet Secretary Peter Munya recently said ministers and other government officials have to work with Mr Odinga because he has joined hands with President Kenyatta to, among others, fight corruption and unite Kenyans.