RUTO’s man DENNIS ITUMBI should tread carefully because he is biting more than he can chew! See how he has dared DCI KINOTI again

Wednesday August 28, 2019-Digital Innovations Diaspora Communications Secretary, Dennis Itumbi, has dared the Directorate of Criminal Investigation (DCI) to show their wrath once again and narrow down on him for another purported fake letter he himself alleged to have made.

"'I just made a fake letter. DCI are you interested in calling FBI to trace where 'I made this one from?' Or it first needs to go to TangaTanga WhatsApp group for you to investigate?"

"Before this Interpol one, there was another dismissed by my friend Governor Mike Sonko. I am waiting," Itumbi taunted.

The first fake letter alleged that Interpol wrote to Director of Public Prosecutions, Noordin Haji, informing him that notable politicians including Nakuru Senator, Susan Kihika, former Kiambu Governor, William Kabogo, and other KRA officials were wanted in relation to confessions made the Akasha brothers. 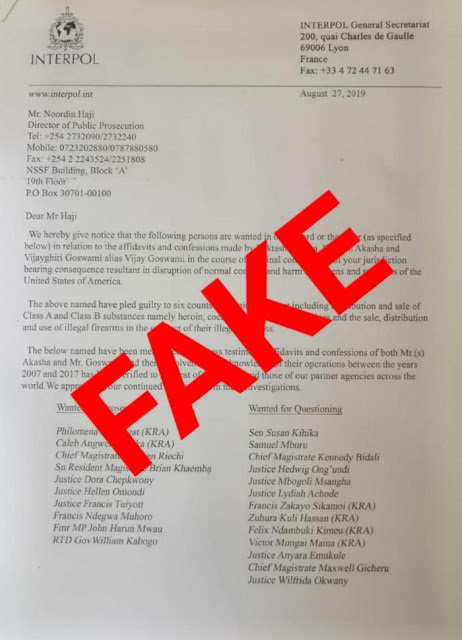 The second fake letter implied that Sonko had come up with measures to protect Nairobi County leadership from bullies.