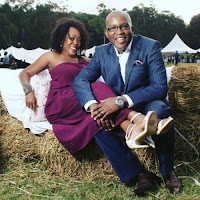 Thursday, July 4, 2019 - Veteran media personality, Jimmy Gathu, has revealed how he fell from grace to grass after he was kicked out of Nation Media Group where he was earning good money.

The popular TV presenter and radio host was among senior employees who were fired when the Kimathi Street based media house did a massive retrenchment.

Speaking in a recent interview, Gathu emotionally narrated how his phone stopped ringing after he lost his job.

For a man who has been working since he was 25, he nearly sunk into depression after he lost his job at Nation Media Group 3 years ago.

According to the seasoned media personality, the last 3 years have been the most trying times of his career.

Gathu revealed that he has been depending on his wife for survival after he lost his job.

“I went from earning a substantial salary to relying on the support of my wife as I worked on the TV station, which wasn’t moving as quickly as I wanted.

I went from sitting in a place of influence, having presidents take my call, to knocking on doors, trying to get people who’d promised to help to come through. Many haven’t,” he said.

Gathu says he has signed a contract with a local media station and he is set to come back on air soon.