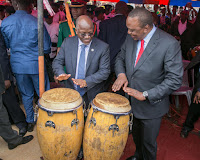 Uhuru was in Tanzania for a two-day private visit at the invitation of President John Pombe Magufuli.

During his visit, Uhuru called on East Africans to unite in order to develop a prosperous region.

On the same breath, Uhuru hit-out at Starehe MP Charles Njagua alias Jaguar over his reckless xenophobic remarks saying no one will be allowed to plant seeds of division among East Africans.

""You’ll find somebody’s thoughts are only centered around the village he was born and brought up in; he thinks that the world begins and ends with his village, lack of exposure is bad.”

"How can you tell a Tanzanian not to visit Kenya. You cannot deny Kenyans a chance to do business in Tanzania," the President stated.

However, what has caught the attention of Kenyans is NTV’s headline on the meeting between the two presidents.

While the statement is correct since Magufuli’s middle name is Pombe, Kenyans interpreted it as ‘alcohol’ sparking hilarious reactions. 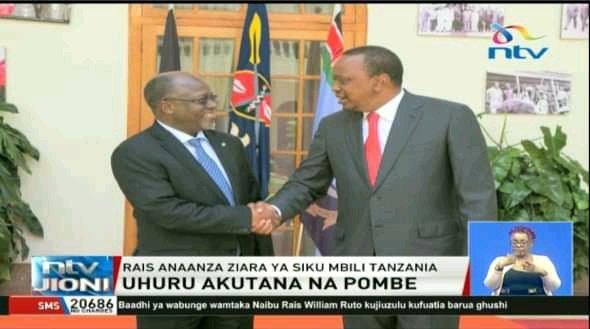