Leaked intimate chats reveal that PASTOR CHRIS who runs a church in Donholm has been having SEX with more than 10 Women. 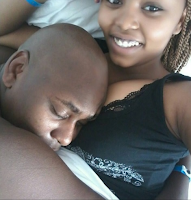 Monday, July 15, 2019-A sex hungry pastor who runs a church in Donholm, Nairobi has been exposed and his randy behaviours paraded to the public.

The rogue man of God identified as, Chris Nameson, who runs a church called Seed Of Hope in Dohnholm, is exchanging women like clothes.

Intimate chats in our possession reveal that the randy pastor, who preaches on Radio Citizen from 9.30PM-12AM, has slept with more than 10 women who are members of his church. 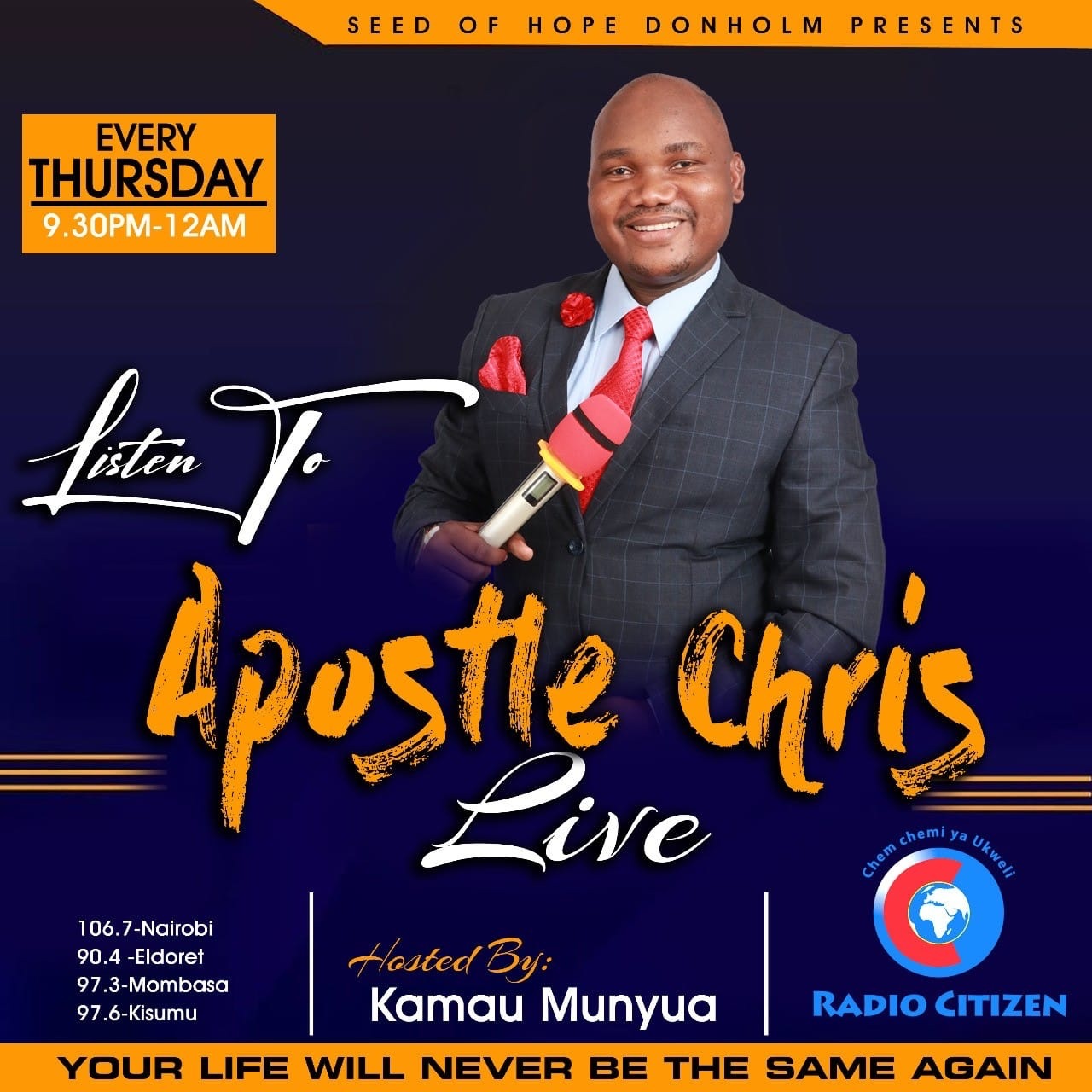 We  understand that he targets  financially stable single mothers and is fond of borrowing them money.

The rogue man of God who is a divorcee and a single dad of one has been lying to some of the ladies he has been preying on that he will marry them.

He has deactivated all his social media accounts after the expose.

Here are the leaked intimate chats of the sex hungry pastor preying on different ladies. 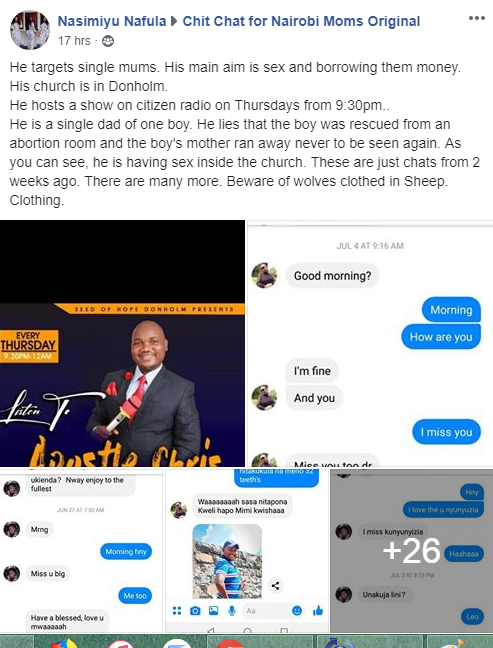 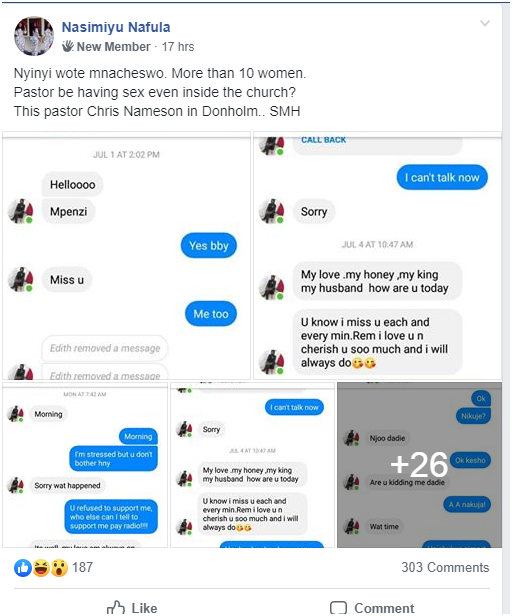 Let's start with this lady called Mary  who was telling the randy pastor that "Na Miss Uninyunyizie", LOL!!.

Here's even smashing a lady from Uganda.

Then there's Edith who is too desperate.

Here are other ladies the pastor has been praying on.

Here are photos of the sex hungry pastor from Donholm who is a sex hungry beast. 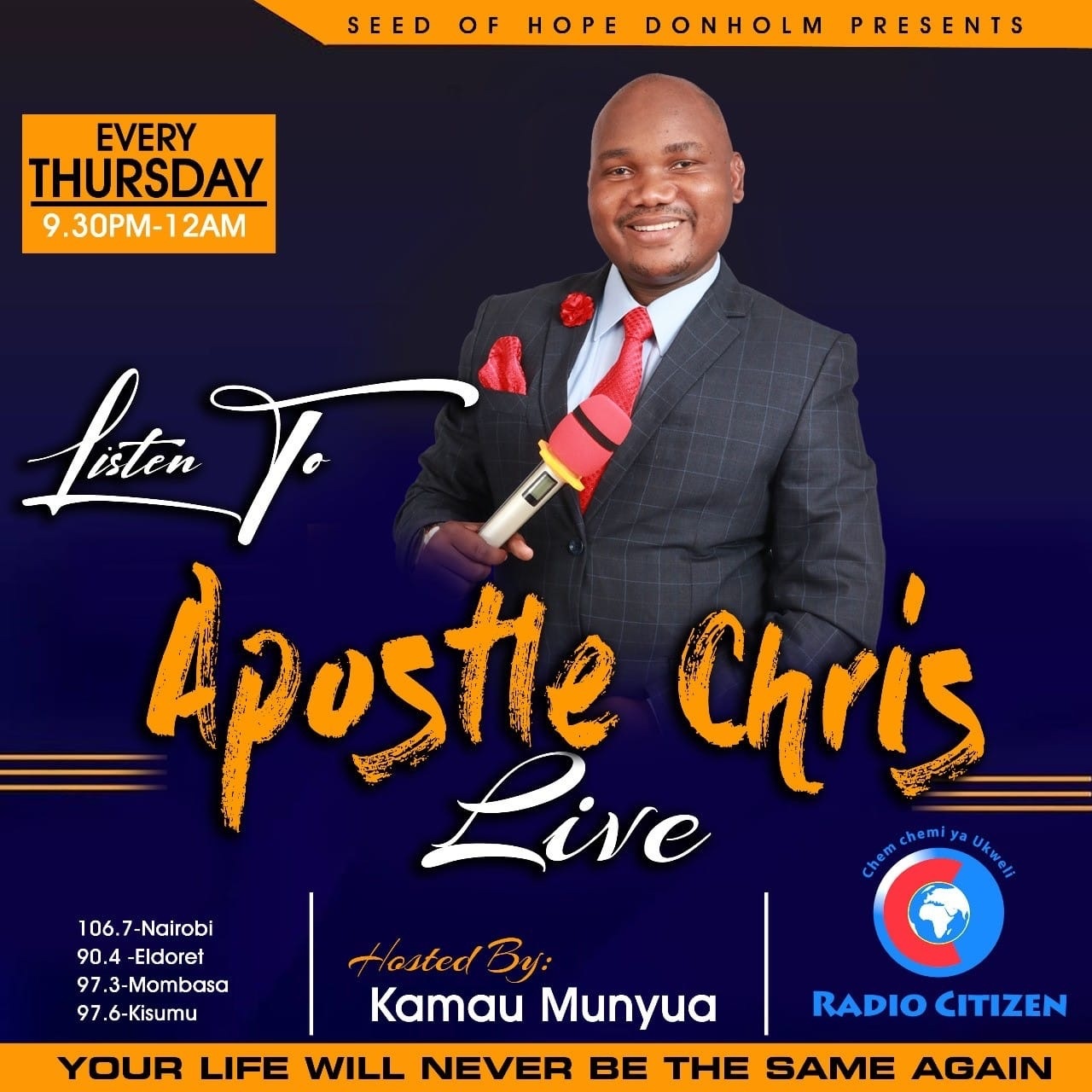