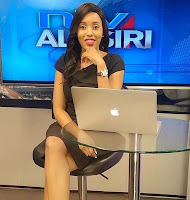 Monday, July 8, 2019 - NTV anchor, Doreen Majala, has lashed out at controversial gospel singer, Ringtone, and told him to get a life after he alleged that the sexy anchor was once wooing him.

While appearing in an interview on NTV’s Trend Show on Friday Night, Ringtone alleged that when Doreen Majala was in high school, he used to visit their school for missions and the anchor, who was underage back then, used to woo him with sweet words.

“Doreen Majala used to tell me how she loves me when I visited their school for missions but I used to ignore her since she was under-age.” Ringtone said.

According to the singer, Doreen Majala was a member of Christian Union and anytime he visited her former school, she would help him to sell his gospel CDs and open up her heart to him.
After Ringtone’s remarks on the Trend Show on Friday night, the beautiful anchor has told the controversial anchor not to drag her name to his childish publicity stunts.

“Came across this interview of artist Ringtone bring my name into‘tafuta bibi campaign’ saying he visited my former sch Nkuene Girls & that I made advances on him (I was 16 in high sch).WARNING, Keep my name off Childishness, Stupidity& Drama. Image isn’t built in a day.” She posted 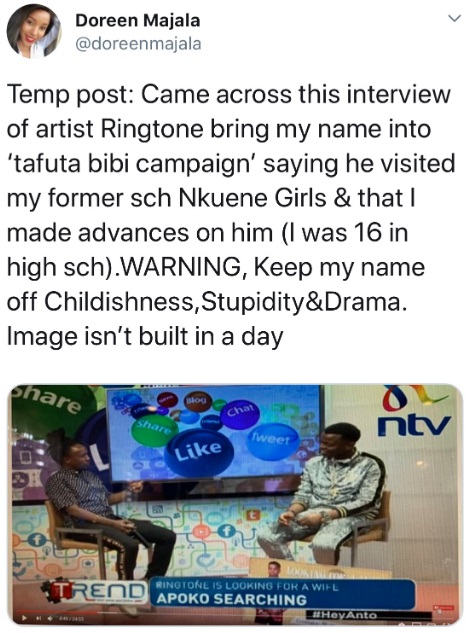