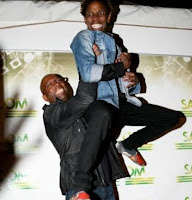 We all know Mr. Collymore was a big fan the arts and music but very few people know how he went out of his way to support Kenyan acts.

One of Kenya’s entertainers who will forever be indebted to Collymore is comedian Eric Omondi.

Taking to Instagram, Eric recounted how Collymore came to his rescue when he made a misstep and everybody deserted him.

This is after a video of the funny-skinny-man swimming naked with a group of boys in a river emerged on social media.

Kenyans castigated the comedian while most of his corporate sponsors pulled out despite apologizing for the stunt.

The former Safaricom boss reached to Eric and not only did he offer him some words of advice, he also offered to sponsor all his countrywide stadium tours.

See his posts below. 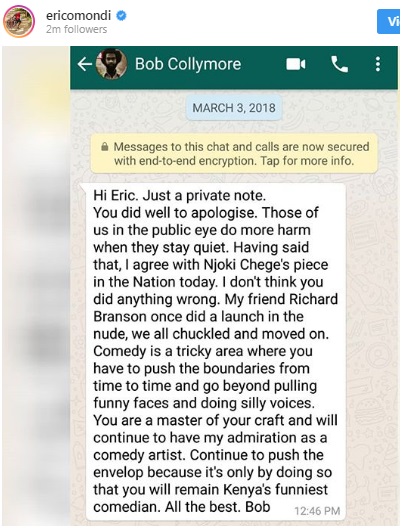