UHURU’s ally reveals how RUTO has been poisoning Mt Kenya residents against the President - No wonder the Head of State is going mad with Tanga Tanga! 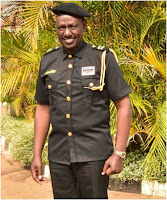 Wednesday June 19, 2019 - A key ally of President Uhuru Kenyatta has revealed how Deputy President William Ruto is fuelling rebellion against the Head of State in Mt Kenya region.

In an interview with Citizen TV on Tuesday, Nyeri Town MP, Ngunjiri Wambugu, said the DP has been traversing the Mt Kenya region launching all manner of projects - often times without involving the relevant stakeholders.

Ngunjiri said some of the projects were launched by Ruto even before they were budgeted for - much to the ire of residents.

“We have had some projects merely because someone saw an advertisement.”

“They then go ahead and launch on the ground long before funds are budgeted for the project.”

“The project then stalls which creates the impression that the Government has done nothing.”

“Last year, Ruto launched 48 projects in Mt Kenya, I challenge him to tell us how many have been implemented,” Wambugu said.

Wambugu noted that the DP’s forays in Mt Kenya, accompanied by local leaders, are largely seen as the source of perceived poor relations between him and President Kenyatta.