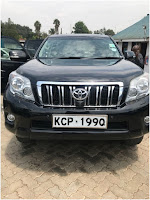 Thursday, June 20, 2019 - NTV presenter, Ken Mijungu, has called on members of the public to help him find his stolen Toyota Prado.

Apparently, the car was stolen and its tracking device deactivated.

This is one of the several cars Mijungu owns in his car hire company that deals with luxury rides.

Cases of cars being stolen and body parts sold have been on the increase in the recent past, especially in Nairobi.

Last month, detectives arrested a suspect, who is believed to be behind theft of cars in Umoja Estate, Nairobi. 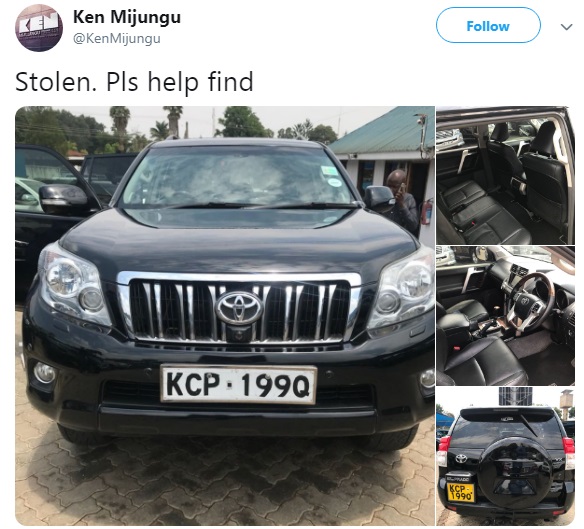 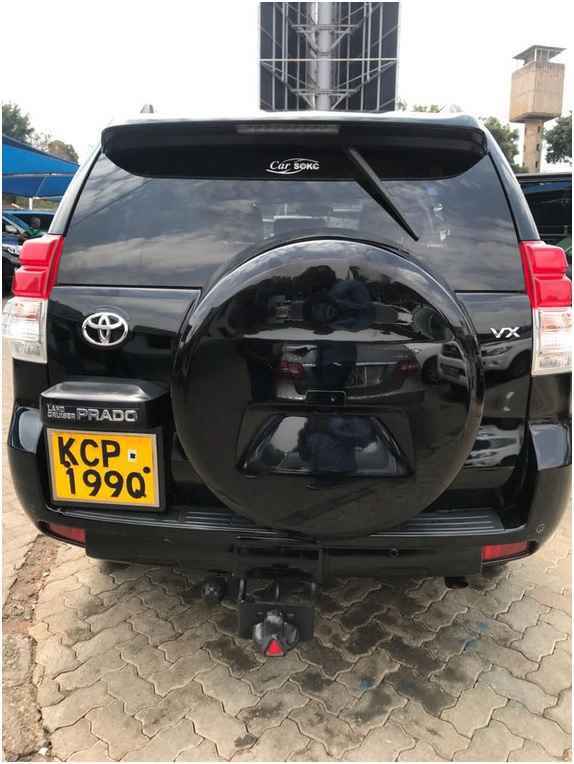 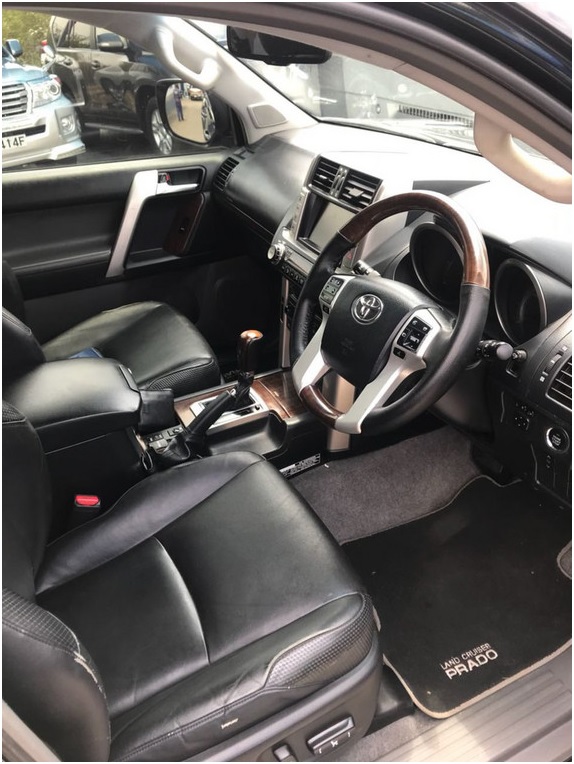 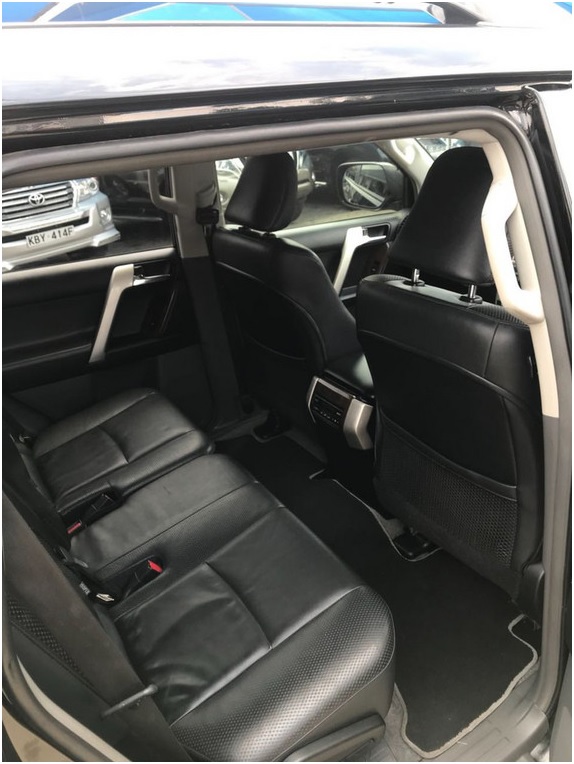 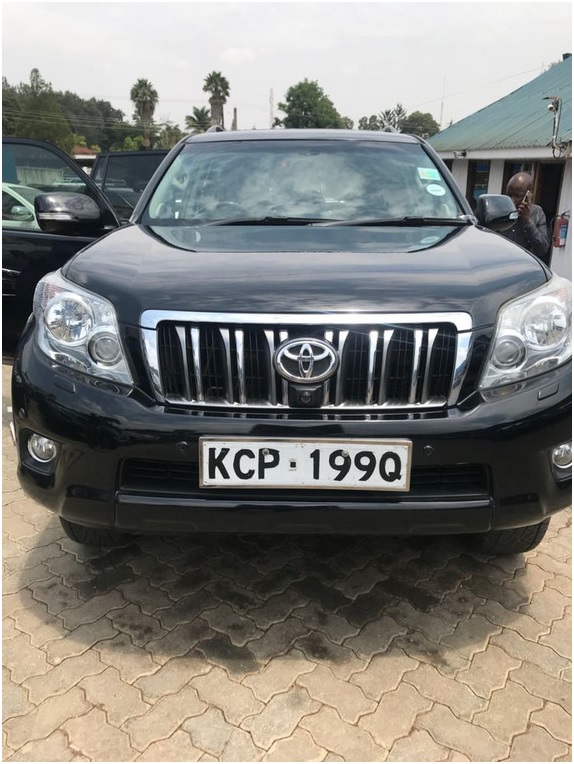