Thursday, June 20, 2019 - Betty Kyallo is without a doubt one of the most accomplished media personalities in Kenya.

From her beauty to her charming voice, the mother of one enjoys a huge following among Kenyans especially men.

While the sassy news anchor appears super confident and flawless to many, she has a scar on her shoulder that reminds her of a near death experience.

Although she has talked about the scar in the past, it appears some of her fans didn’t know about it and went ahead to make insensitive remarks when she shared a photo of herself showing the scar.

In the photo, Betty is seen posing without her wig to encourage ladies to be confident in their natural looks.

She captioned the photo:

“Got an oval face. Not even close to perfect but najiamini mbaya 😍😍 😍 milazo ama weave mimi ni hodari..☺️☺️☺️ removed the wig 10 seconds after.”

Some of her fans saw the scar in her neck and started making insensitive remarks. 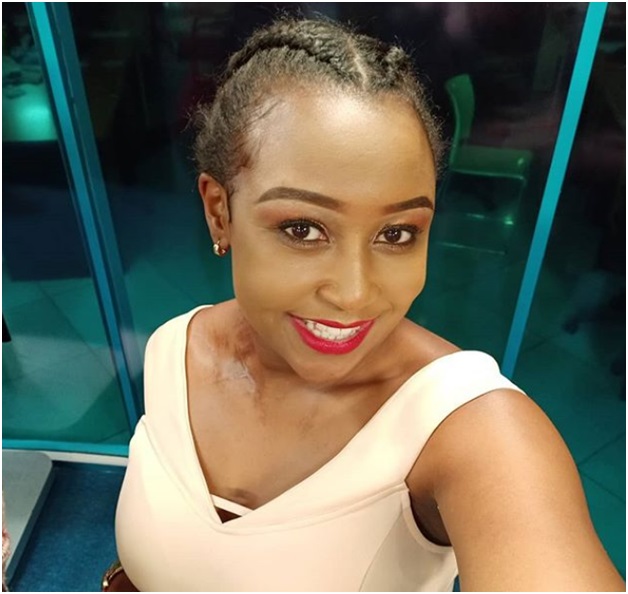 Well, about six months ago, the screen siren opened up for the first time how she was run over by a car when she was in form three and underwent 7 surgeries - an ordeal that nearly dashed her dreams of becoming a TV anchor due to the scars.

“When I was in Form Three back in 2005, I was walking in town when I got hit by a matatu at Nairobi Railways Station. After getting hit, I went under and was trapped beneath the moving vehicle.”

The whole of the left part of my face got scrapped off as the matatu dragged me over the tarmac. The entire skin was skin was peeled off and was left looking white.

“I broke my jaw, four ribs and my lungs got totally deflated.”