JAGUAR’s close friend exposed by a lady for being a dead beat father - His own kids sleep hungry, SHAME!!! 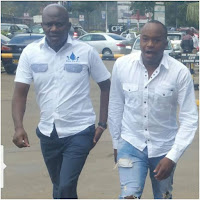 Thursday, June 20, 2019 - A close friend of Starehe MP, Charles Kanyi alias Jaguar, has been exposed for being a dead beat father.

According to a lady identified as Lucy, Jaguar’s close friend, Simon, has abandoned his kids in the village as he enjoys life in the city with slay queens.

He is financially stable but he doesn’t care about his own flesh and blood.

Simon has blocked his baby mama in all avenues and cut communication.

She has taken the case to the children’s affairs office at Limuru but her efforts of pursuing justice for the kids have been fruitless.

“Good afternoon Kenya, my name is Lucy..... The man u see walking alongside Jaguar Kenya is my kid's deadbeat father, he has completely failed to do his duties as a father despite the fact that he's able, I've have literally begged him to assist in paying fees for the kids but he has refused, every term the kids have to b sent home for fees,my house has to be closed every month, with the little that I earn, I can't cater for all the bills, I've even taken the case to the children's affairs office Limuru but when he was summoned he failed to show up claiming that whoever is interested in him should go look for him........My message to you Simon is ,Yes we had our differences, but why would you make your own blood suffer????

These kids need to be fed, ww hukula vizuri bila kujali kama wamekula, they need to be clothed, u have never in their entire lives bought them clothing, ww huvaa vizuri.... they need to go to school ,Simon ur educated..... It pains me everytime I see them suffering ukiwa na uwezo, I've done all I could to raise them up-to this point but I feel like my world is crushing, I love my kids n I would do anything for them but nimefika mwisho.... I've been blacklisted by every avenue I can borrow from from since I failed to pay on time coz my job is not paying well, Simon,do you want your your beautiful bright kids to get wasted just because I refused to be with you n u know it was your fault that we separated???? U have blocked me everywhere n that's why I decided to come here,.....May this reach your boss” 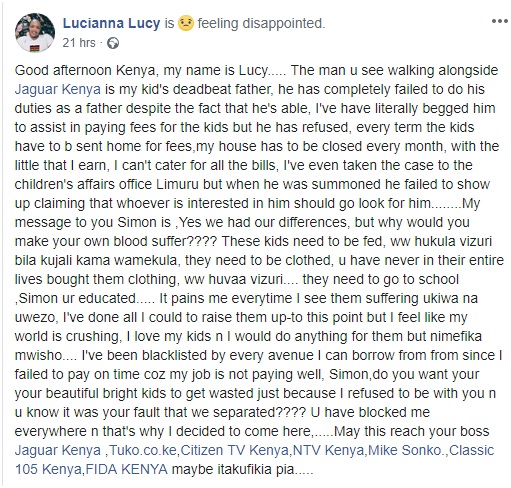 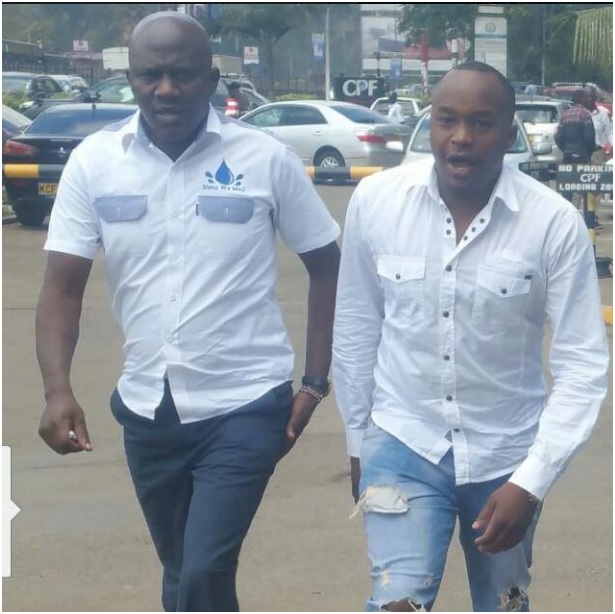 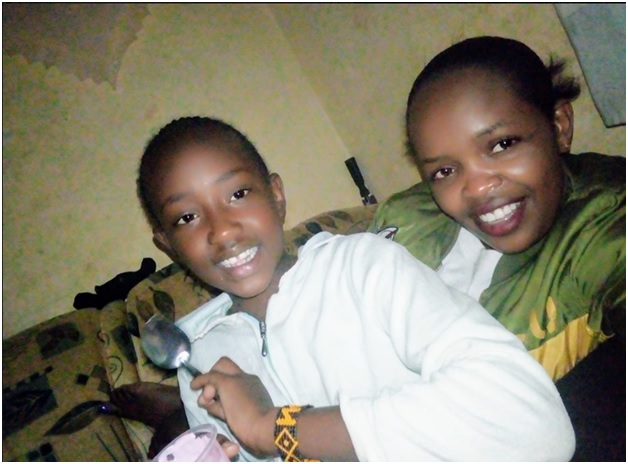 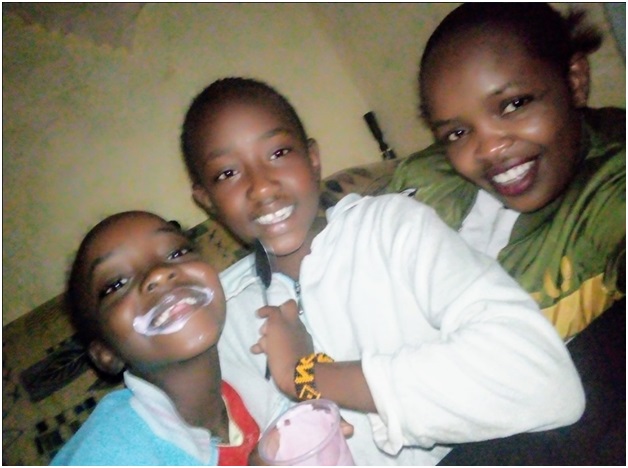