ANERLISA MUIGAI over the moon after BEN POL pays dowry and puts a ring on it, Hii ni ndume kamili kutoka Tanzania (DETAILS) 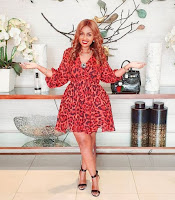 Over the weekend, Tanzanian singer, Ben Pol, travelled to Anerlisa’s parents’ home in Naivasha with close friends and family members and paid dowry.

We understand that the dowry ceremony was kept secret and guests instructed not to take photos.

According to the Kikuyu culture, a lady is declared a man’s wife after he pays dowry.

And Ben Pol did exactly that on Saturday, bagging himself a Kenyan beauty.

Anerlisa was over the moon as she flaunted the ring that Ben-Pol put on her finger on Saturday , sending signals to Team Mafisi that she is now someone’s wife.

Benpol commented on the photo and captioned it, “My Wife.” 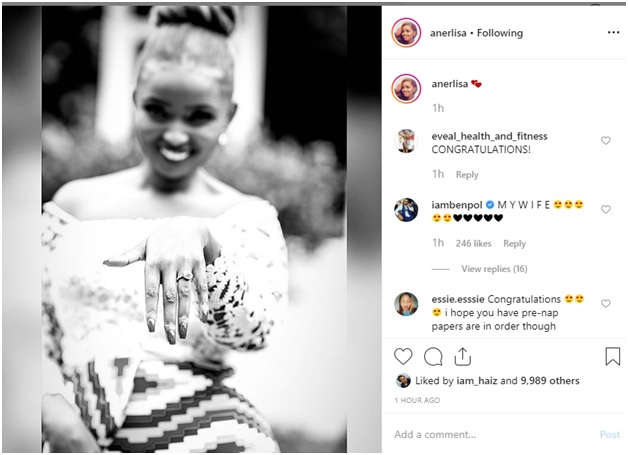 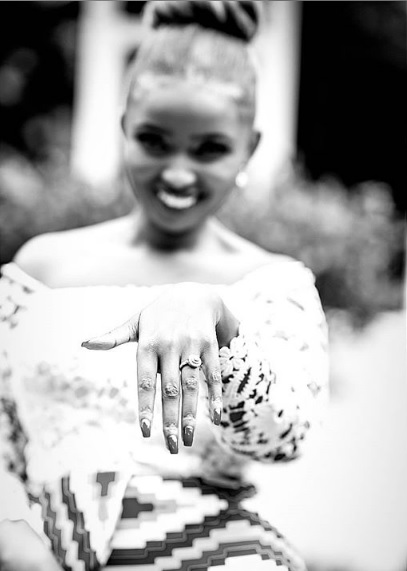