UHURU’s Spokesperson, KANZE DENA, now reveals why she has not been honest with Kenyans regarding the President and State House affairs 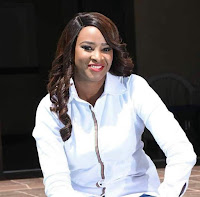 Monday May 13, 2019-State House Spokesperson Kanze Dena has revealed why he has not been communicating with Kenyans frequently like her predecessor Manoah Esipisu.

Speaking during an interview with Radio Maisha on Monday, Dena admitted that she has made mistakes before in her role, adding that she's ready to improve in future.

She noted that she hasn't been sharing information frequently to the media like her predecessors, adding that she's changing her modus operandi.

"I agree that the communication from my side as the State House Spokesperson has had a setback, and I accept that a mistake was made, but I am focused and I am going to make things right and share information more frequently with the media and the public," she said.