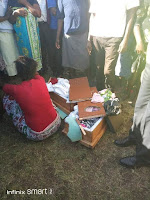 Saturday, May 11, 2019-A wicked woman was busted in Siaya after she sold her twin babies  and then lied they had died.

She tried to bury dolls disguised as babies but she was busted during the burial.

The Kenyan DAILY POST understands that the pastor who was conducting the burial insisted that the casket must be opened, leading to the shocking revelations.

He had probably had rumours that the woman had sold her twin babies.

Mourners were shocked after they found out that she had placed two dolls in the casket and disguised them  as the dead twins.
She was arrested and locked up in a local police station.

Check out the photos of the wicked woman. 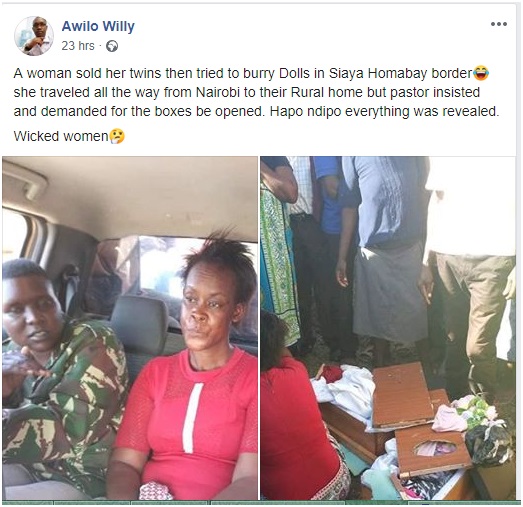 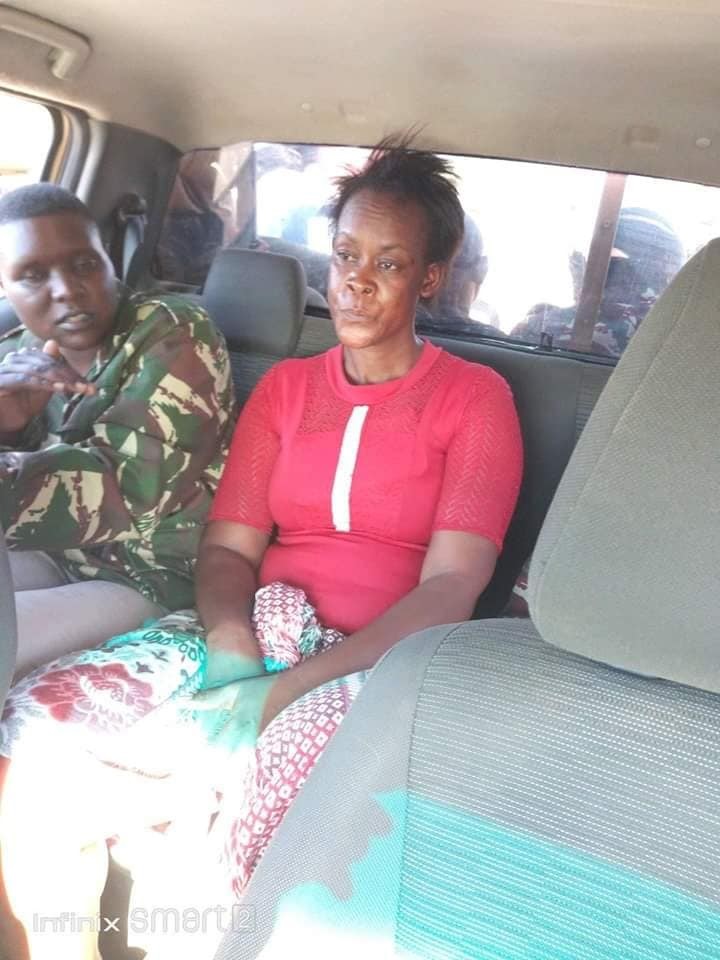 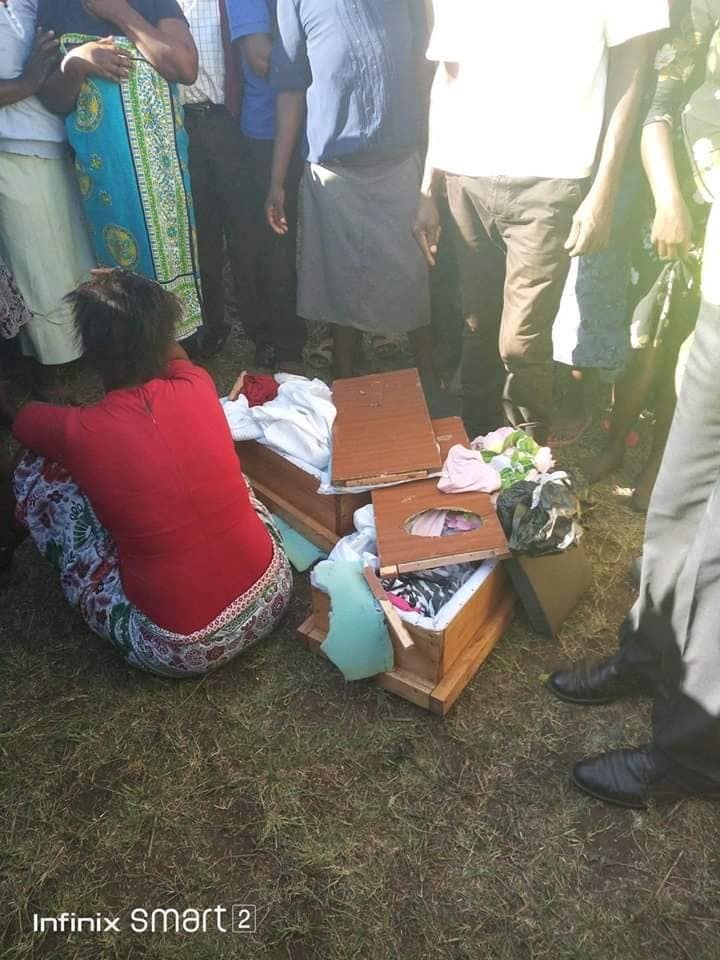