LUPITA NYONG’O’s brother responds to claims that they are killing their father with their GAY lifestyle. 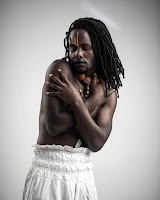 Tuesday, May 14, 2019 - Kisumu Governor Prof, Peter Anyang’ Nyong’o’s famous children have become a topic of discussion on social media over their ‘gay lifestyle’

It all started when Award winning actress, Lupita, was spotted getting cosy with openly gay American actress, Janelle Monae.

Lupita’s public display of affection with Janelle set tongues wagging with netizens wondering if she has finally decided to come out of the closet.

Sometimes back, Lupita’s controversial brother, Junior, stunned netizens when she shared photos of himself posing in a thong. 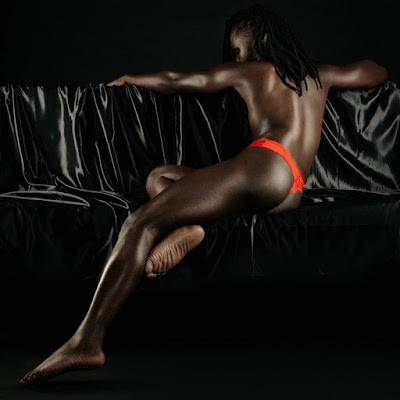 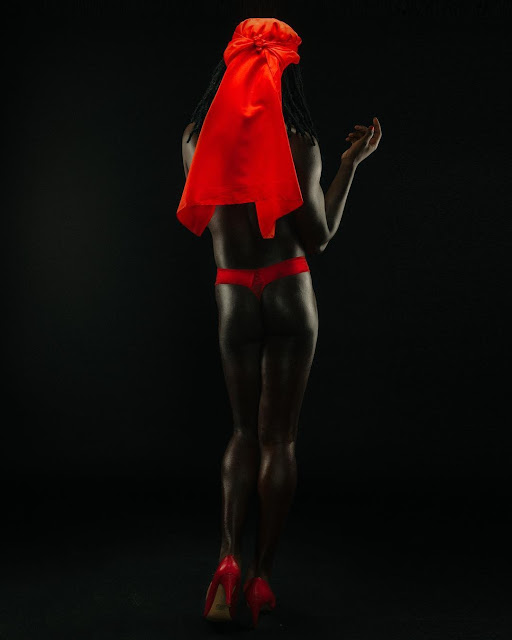 He has also been spotted in numerous occasions out and about wearing a dress.

One guy took to twitter to warn Junior and Lupita that they are stressing their dad who is battling with cancer to an early grave with their lifestyle.

“Kisumu Governor Anyang’ Nyong’o son is a woman & his daughter a man! What! a........Bizzarre! So wameamua tu kumaliza mzae kabisa n cancer is Knocking enyewe money at times is shitty I’d rather die than live to see my kids emulating that Western f*cking culture,” wrote one @jamrick_m.

In response, Junior wrote “You didn’t even have the COURAGE to @ me. At least I live my life with the self-love and confidence you'd only dream about. Simply hate to see it.” 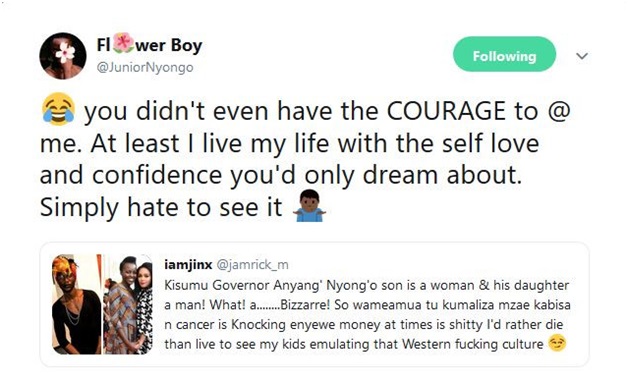