The two media personalities have a daughter called Ivana and after their messy divorce, Betty claims that Okari abandoned his daughter.

The screen siren went to an extent of saying that she’s single parent during a recent Q&A session with her fans on Instagram.

“How do you co-parent. Do you have a formal system or a schedule?” A fan asked Betty.

To which she simply replied:

“Am a single parent.” 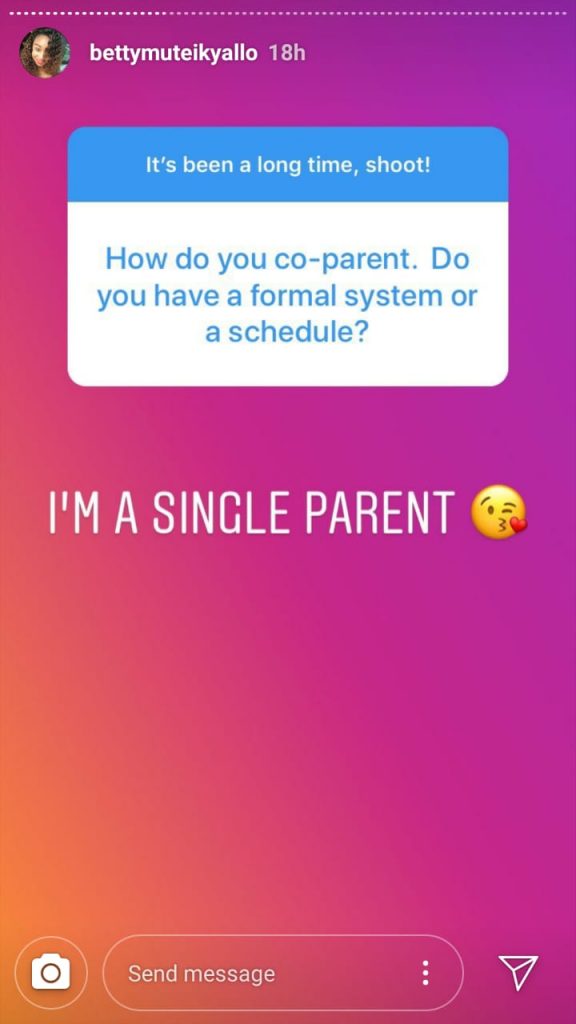 Speaking during an interview with a local magazine, Okari, who recently re-married, refuted Betty’s claims stating that ‘one day people will know the truth’

"The question about me being a deadbeat is what has been said or what has been written, but a lot of it is not true. One day you will come to know about these things," Said Okari

He added:  "I choose what I take because people may troll you out of jealousy while others may mean well and they want you to improve on what they are criticising you about.

"I take the positive ones seriously and that has helped me improve so much in life because I am not perfect,"