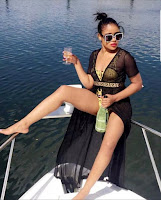 Friday, April 26, 2019 - This guy has wowed netizens with the way he handled another man who was trying to hit on his girlfriend.

While many guys would have gone ballistic in an attempt to mark their territory, this awesome guy decided to handle it like a gentleman.

Maybe, some guys can borrow a leaf from him and stop acting like they own their girlfriends because at the end of the day, she can cheat is she wants to.

Check out the conversation below. 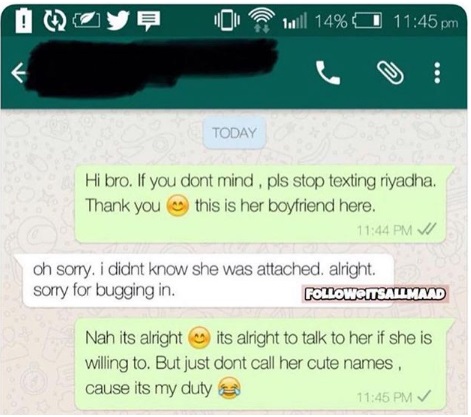