SHOCKING CONFESSIONS! See how HIV has been spreading in Nairobi, you might be the next victim.

Thursday, April 25, 2019-Social media nearly came to a standstill after some HIV victims narrated how they contracted the deadly virus.

They further confessed that they have been spreading the virus to other people in revenge missions.

The confessions that were posted on blogger Bett Wahome’s instagram page after she received DMs from HIV patients are just chilling.

The stories show how the young generation is careless and that’s why there’s a high rate of infection among the youth.

Most confessions are from ladies in campus who have contracted the virus after reckless sex behaviours in parties.

A report released on 2018 revealed that Nairobi had the highest number of new infections among young people aged between 15-24 years.

That yellow yellow slay queen you keep on salivating on might be carrying the deadly virus. 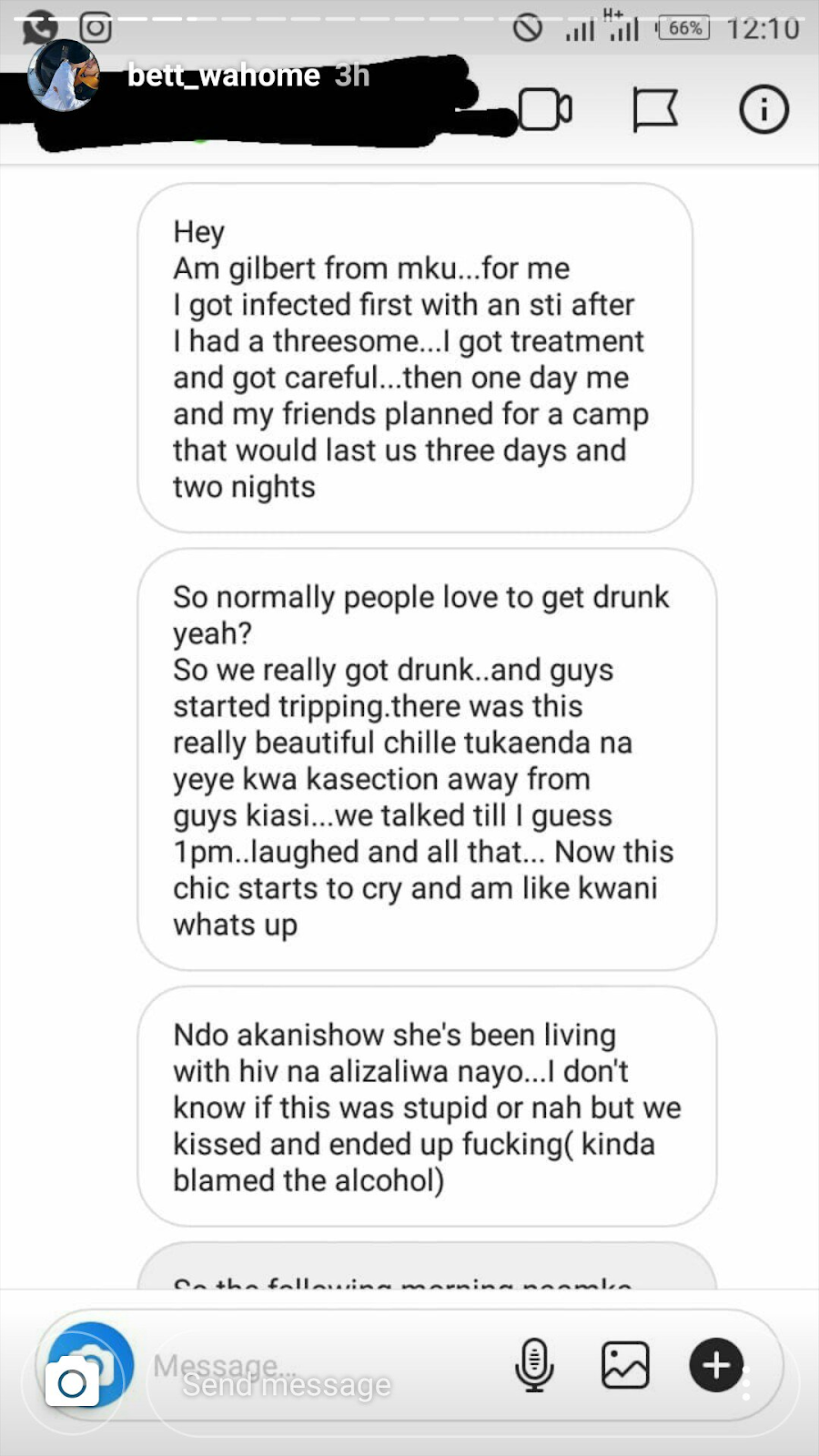 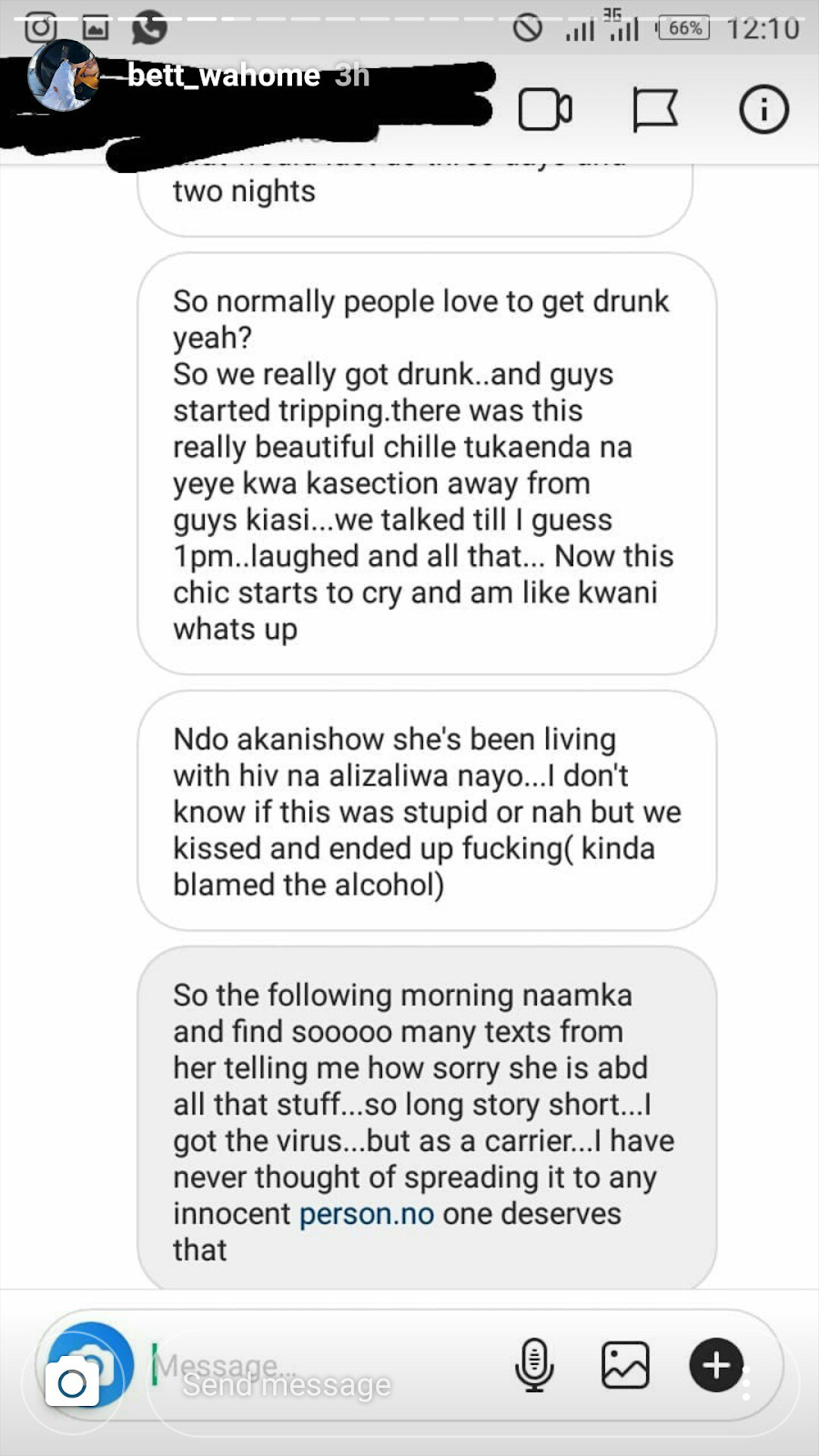 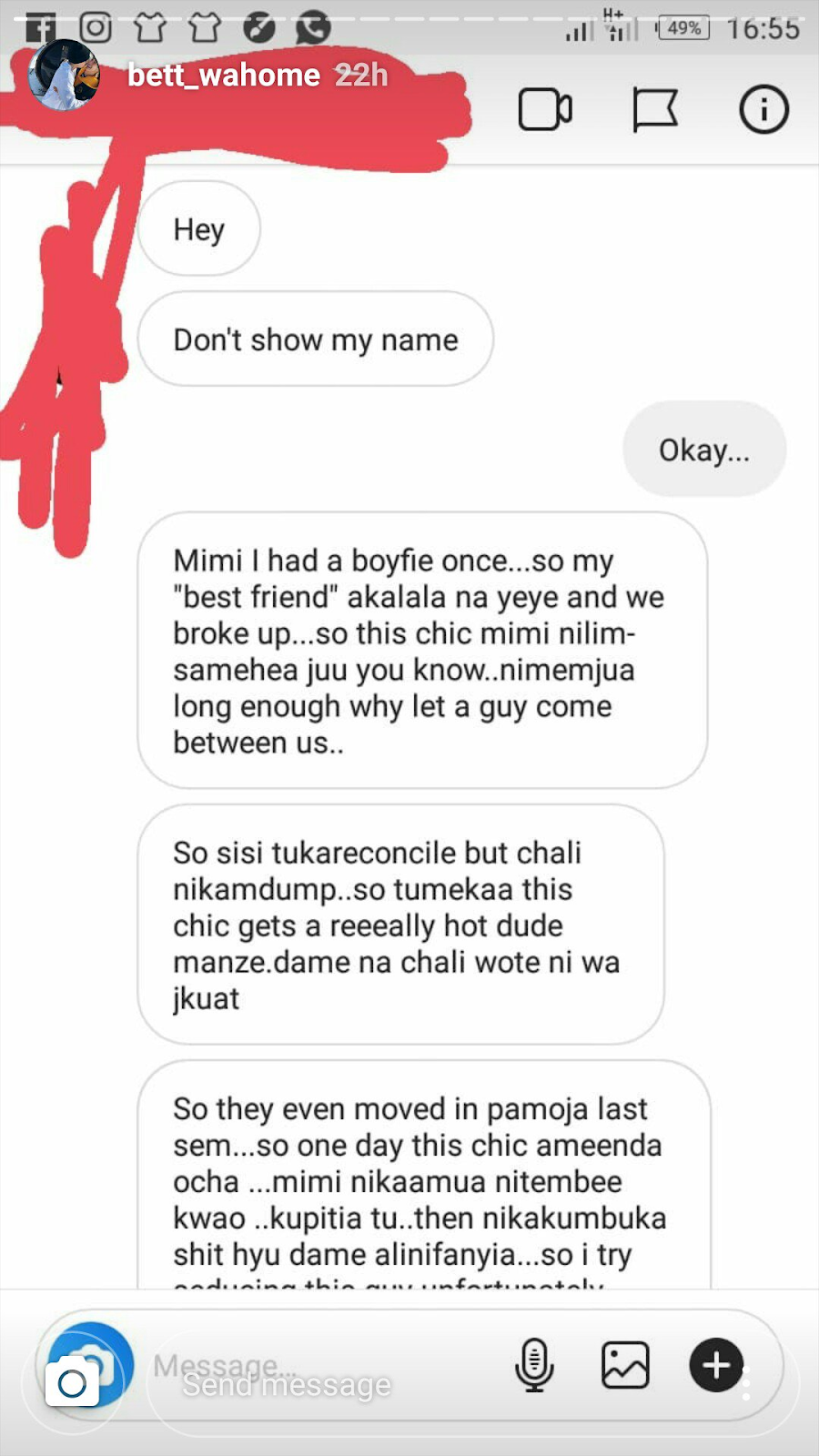 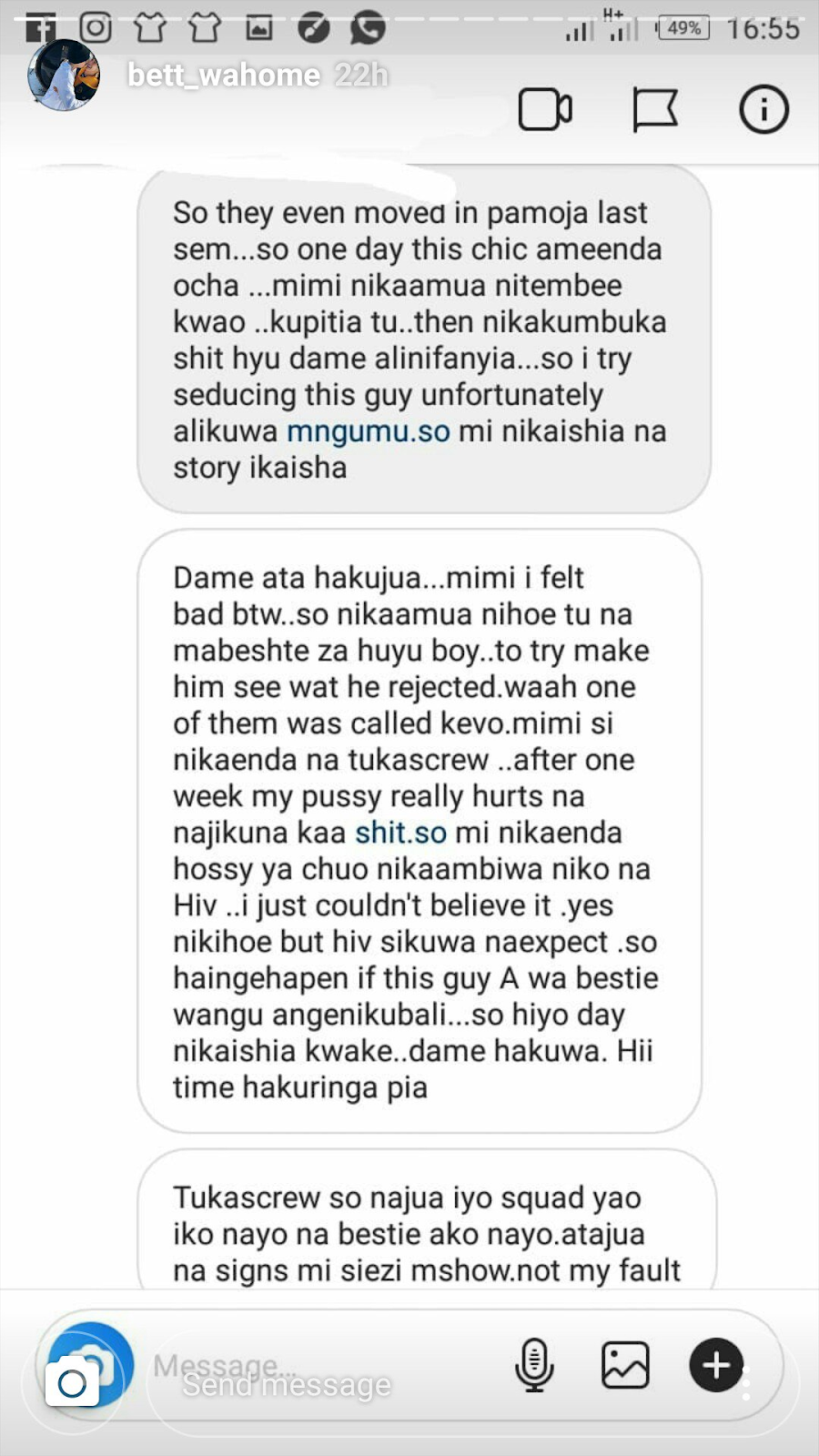 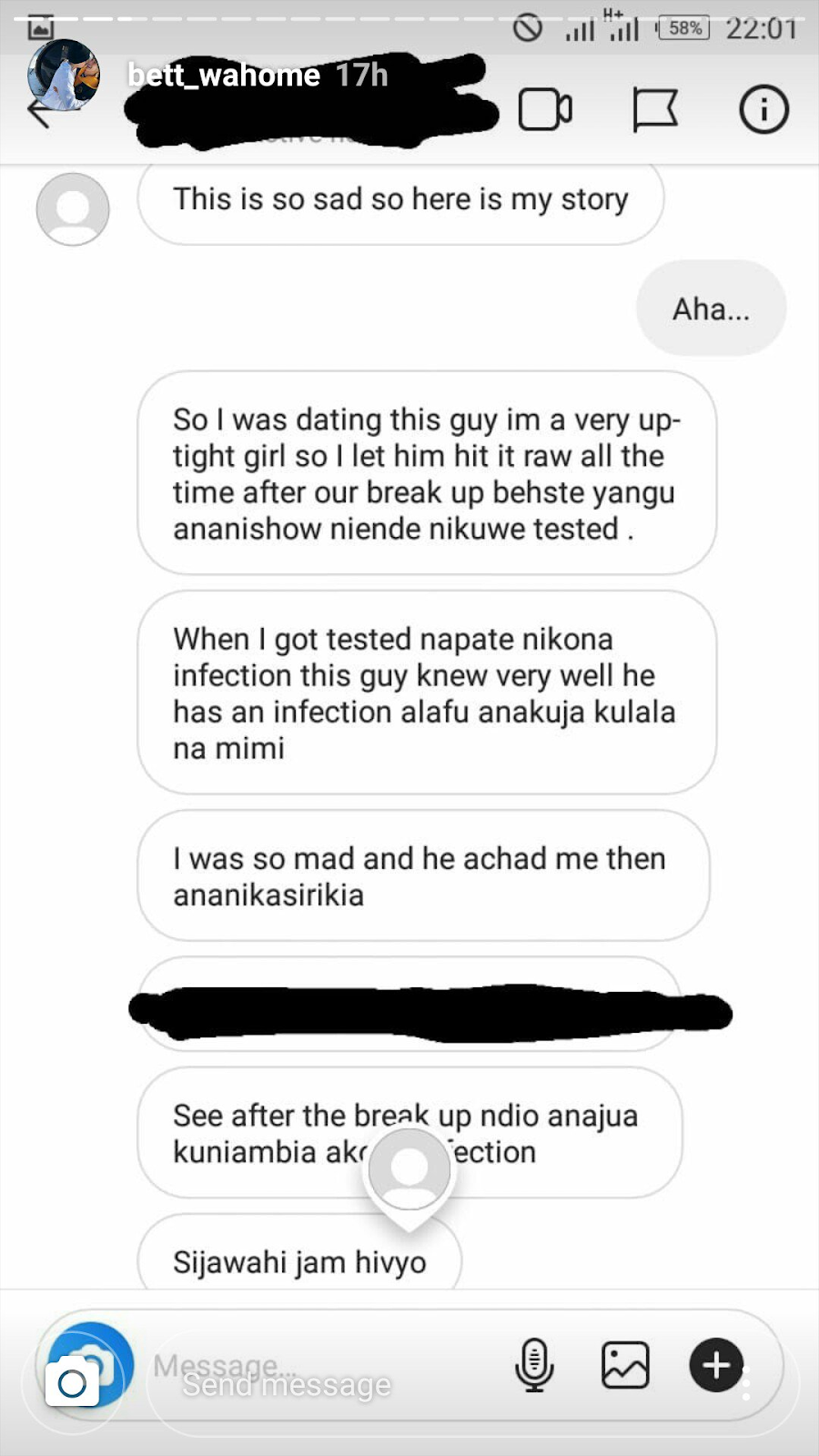 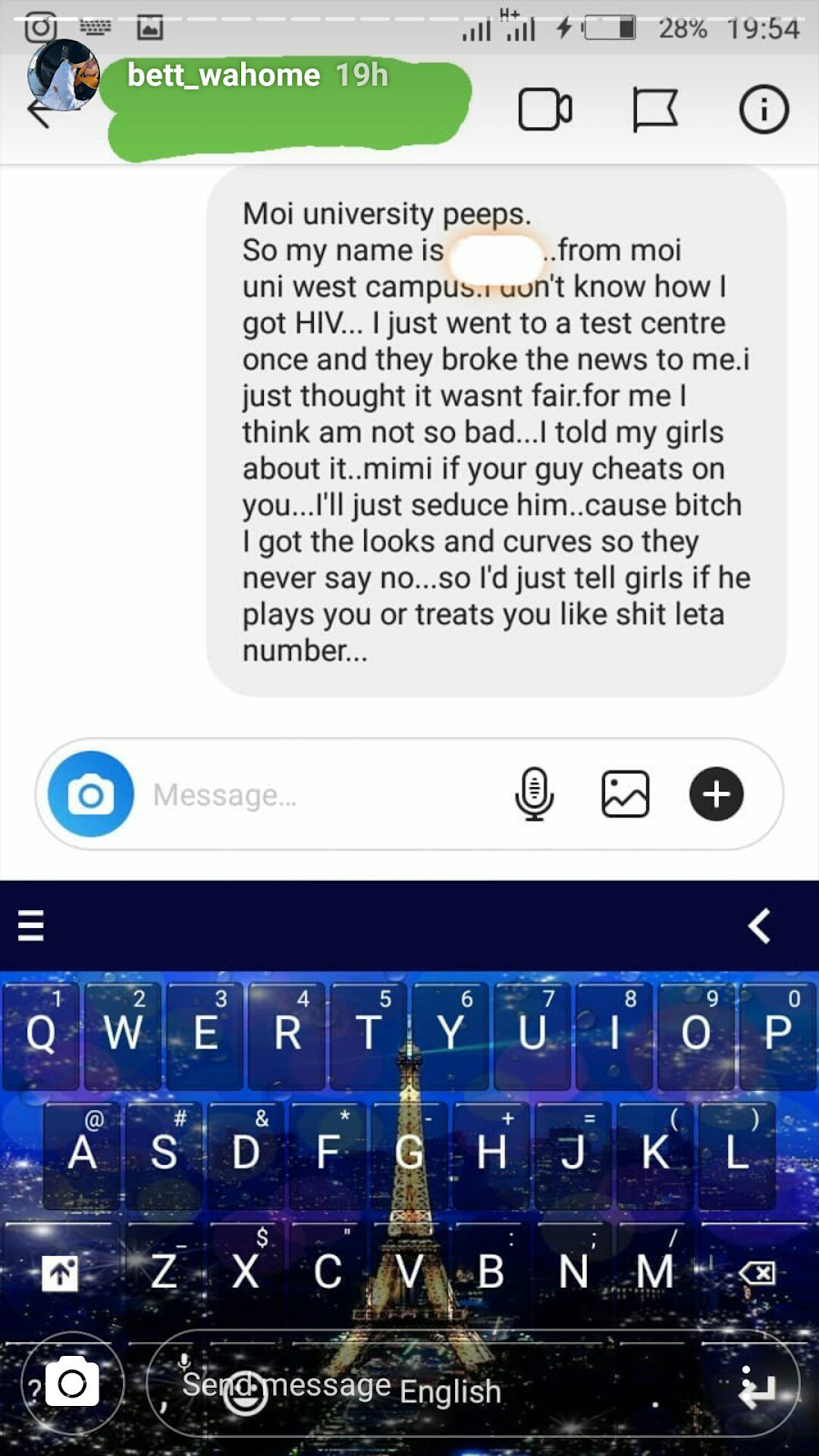 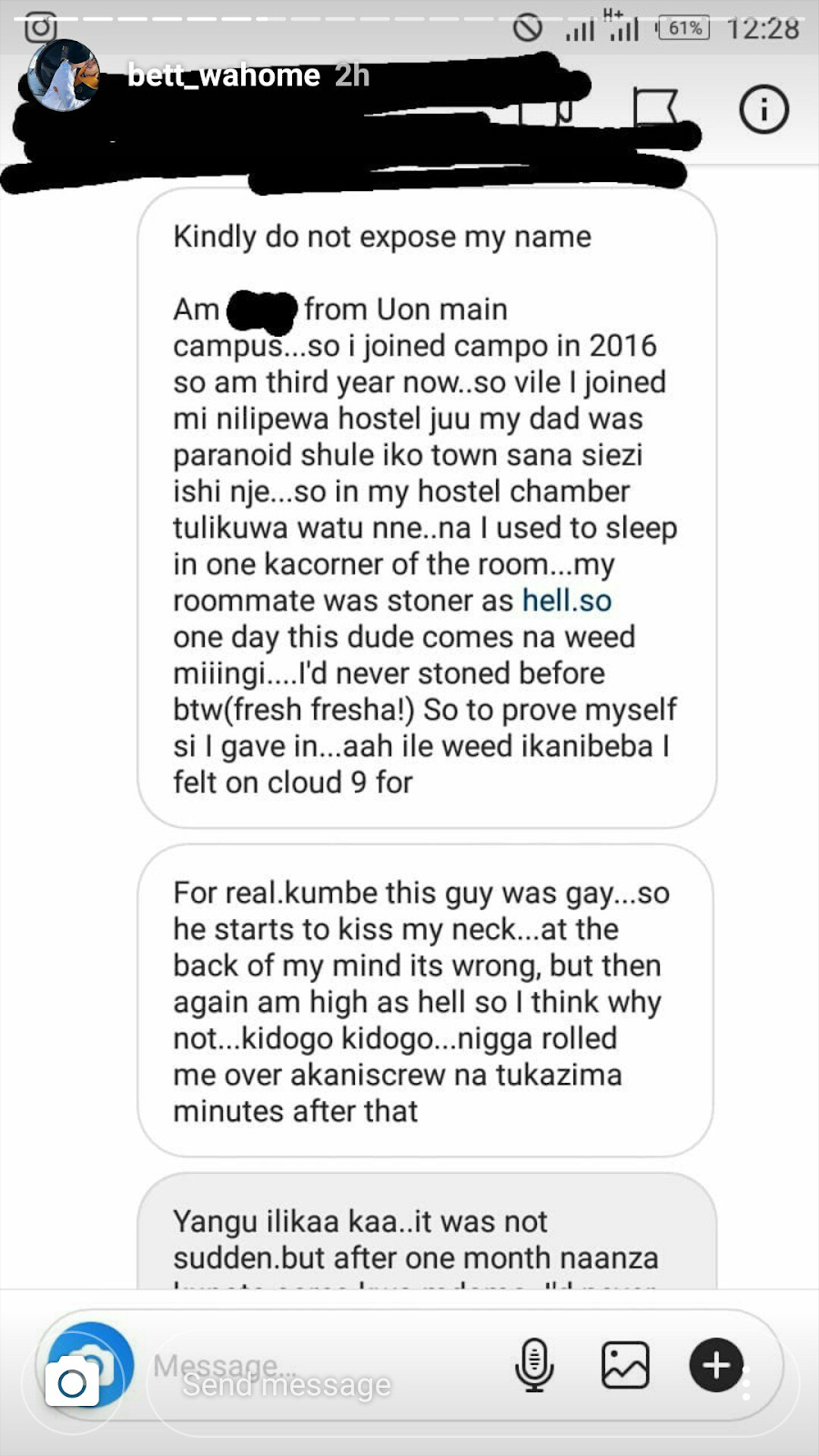 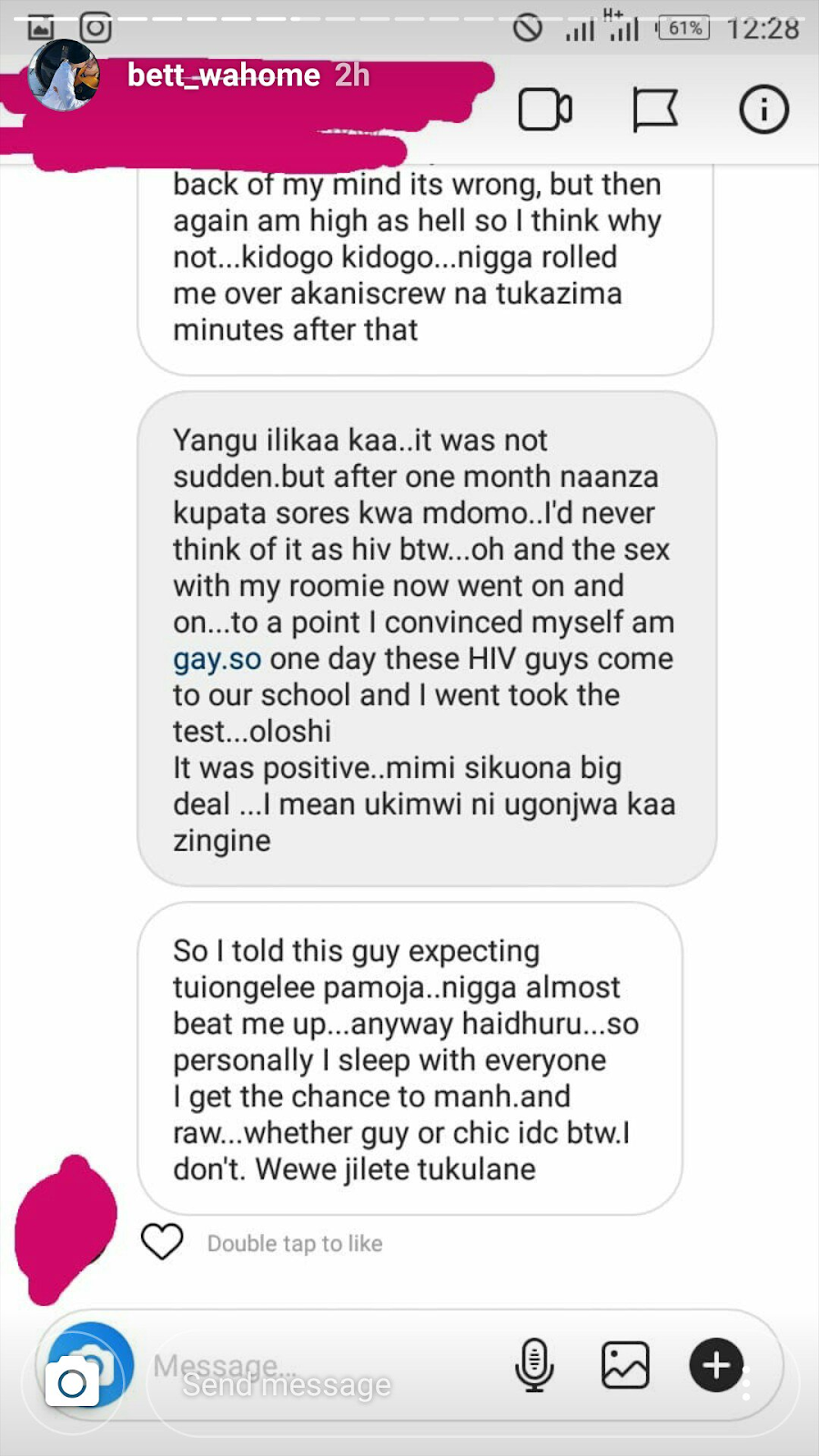 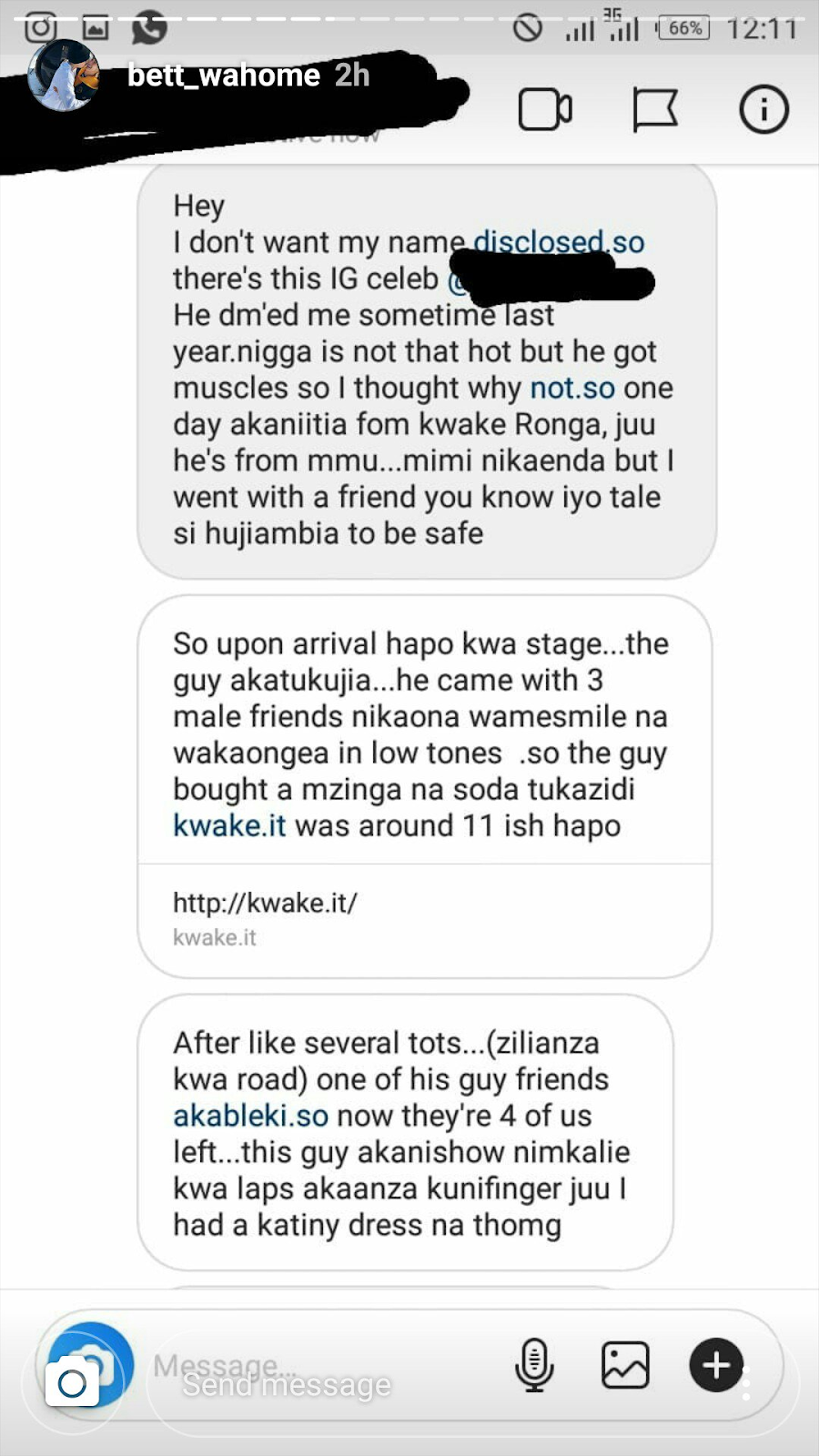 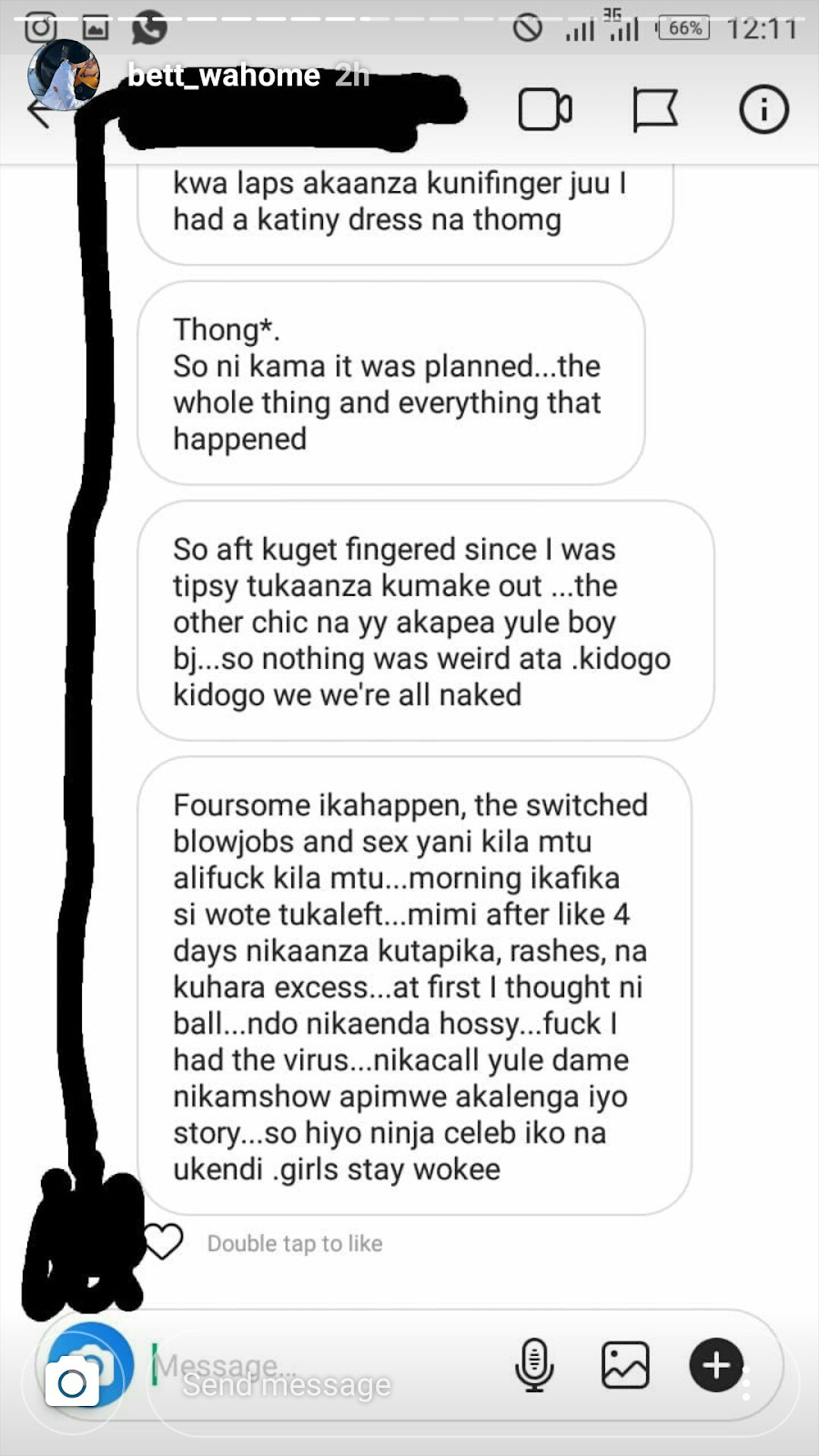 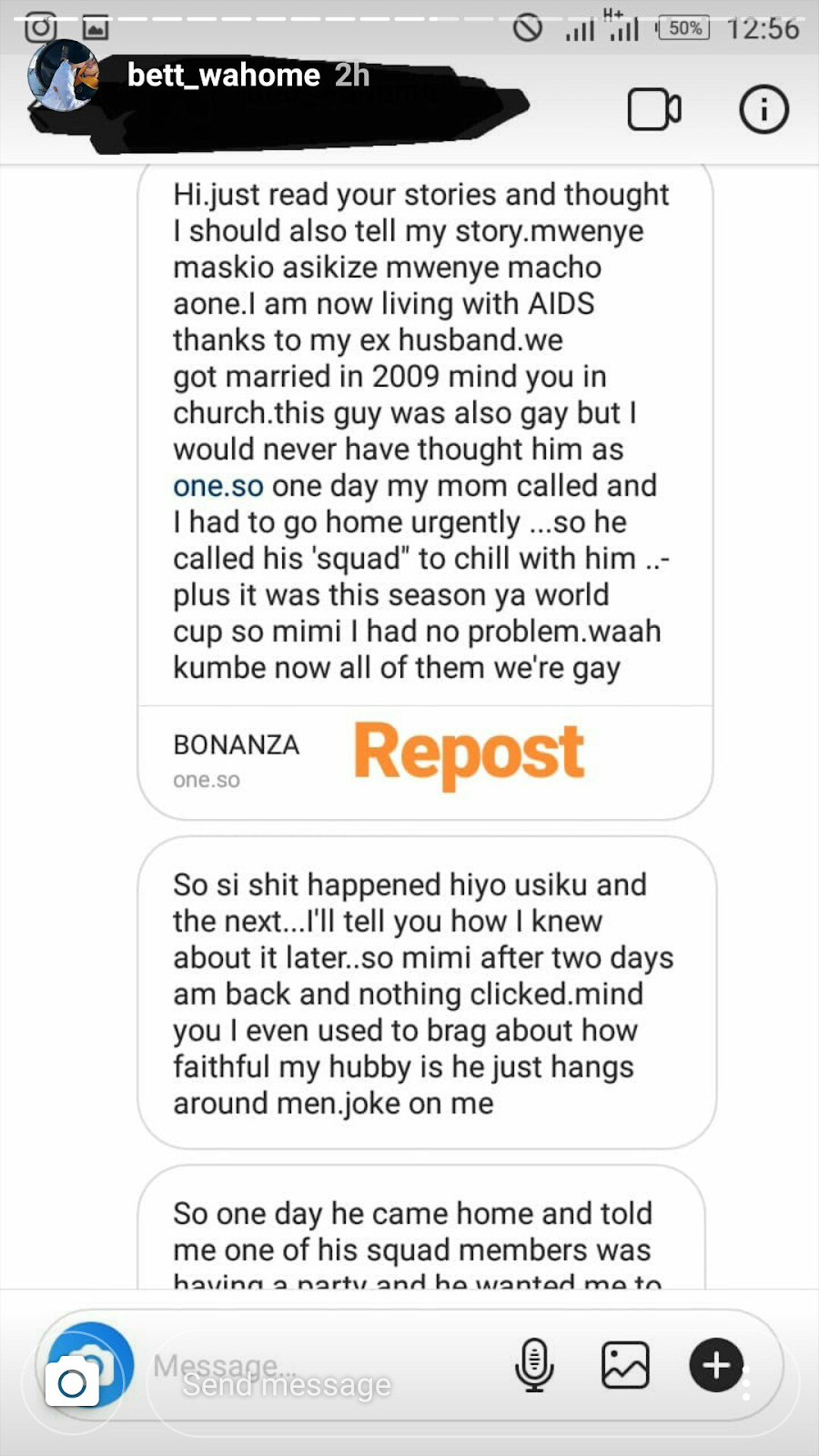 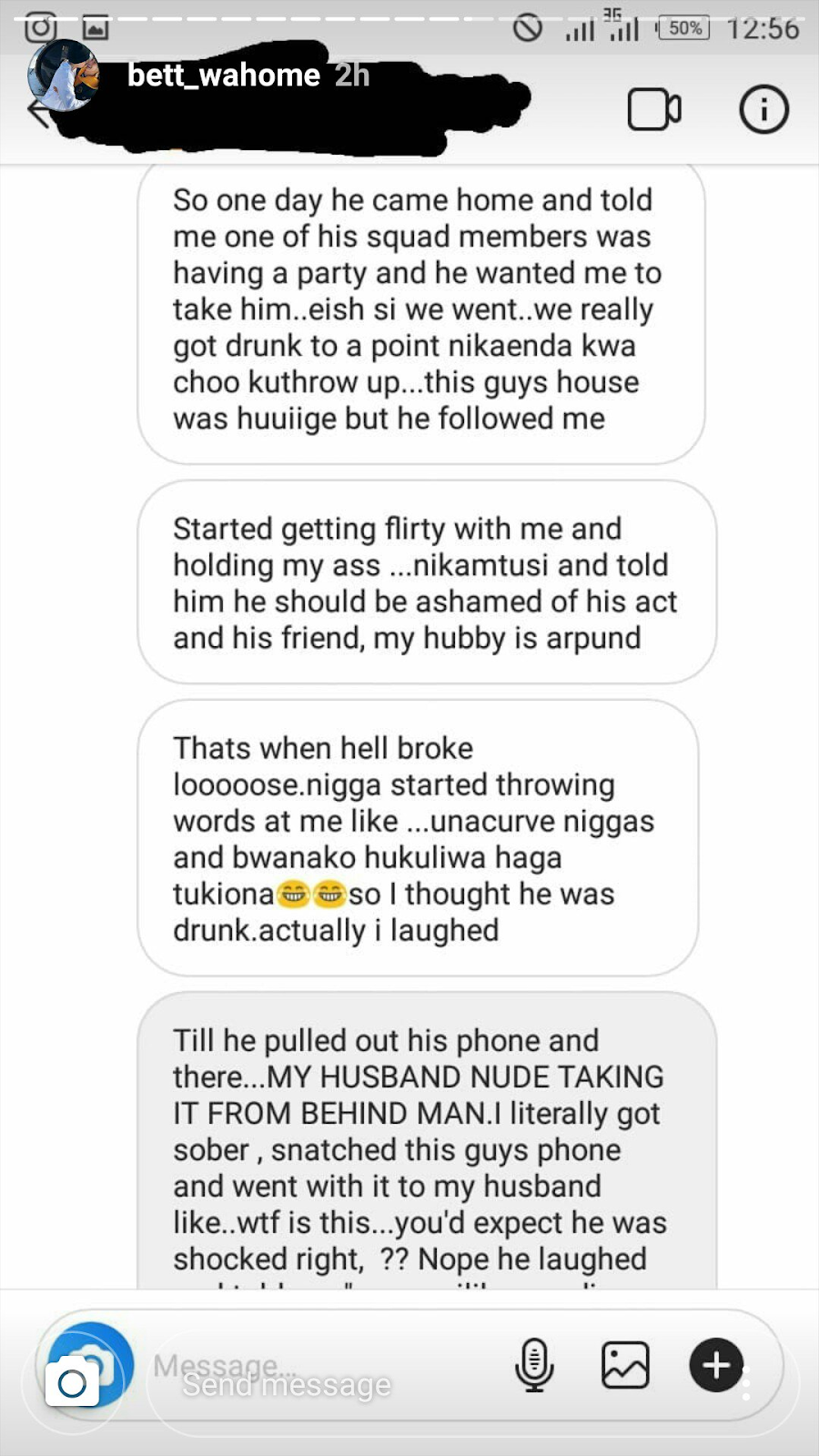 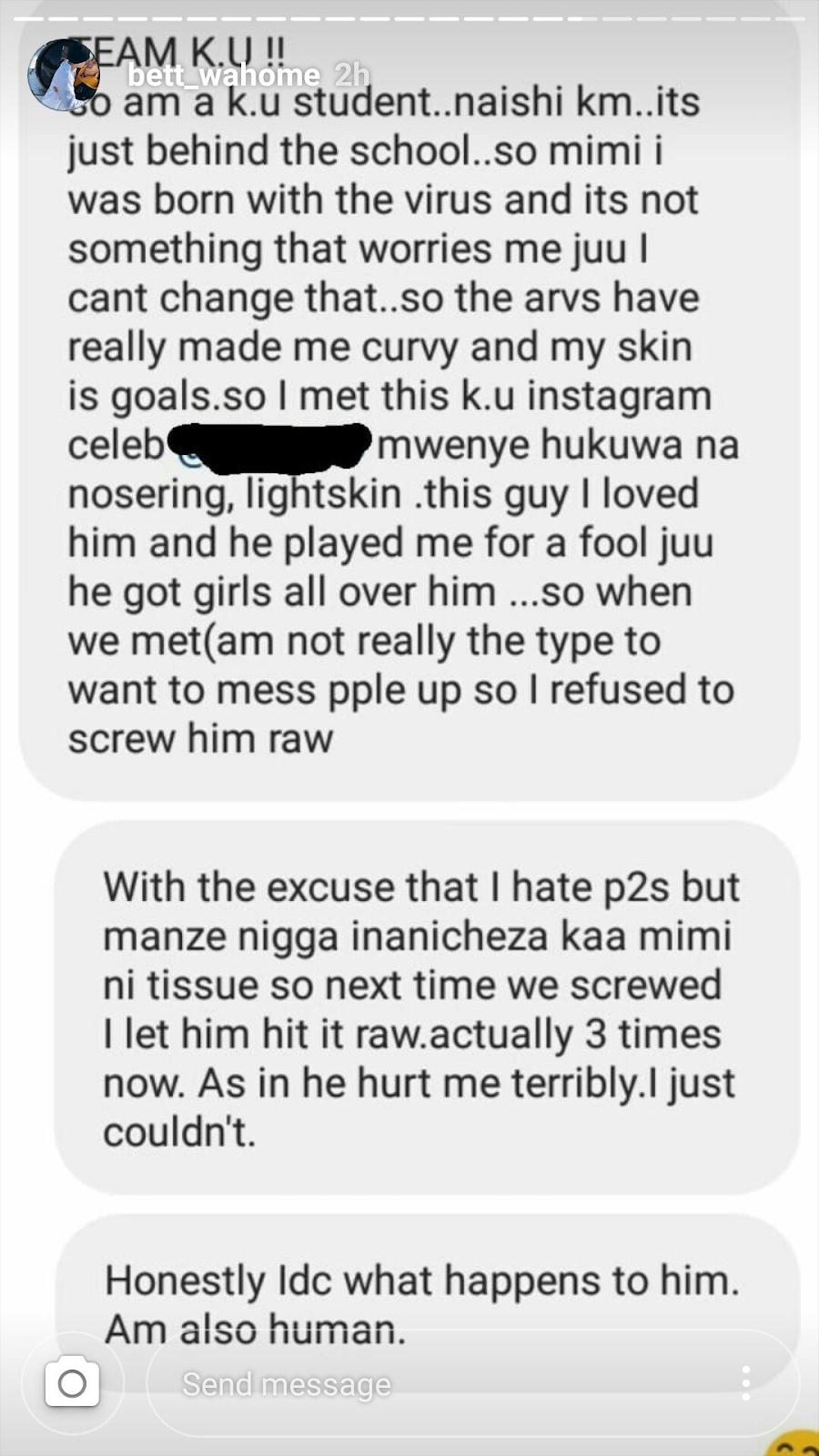 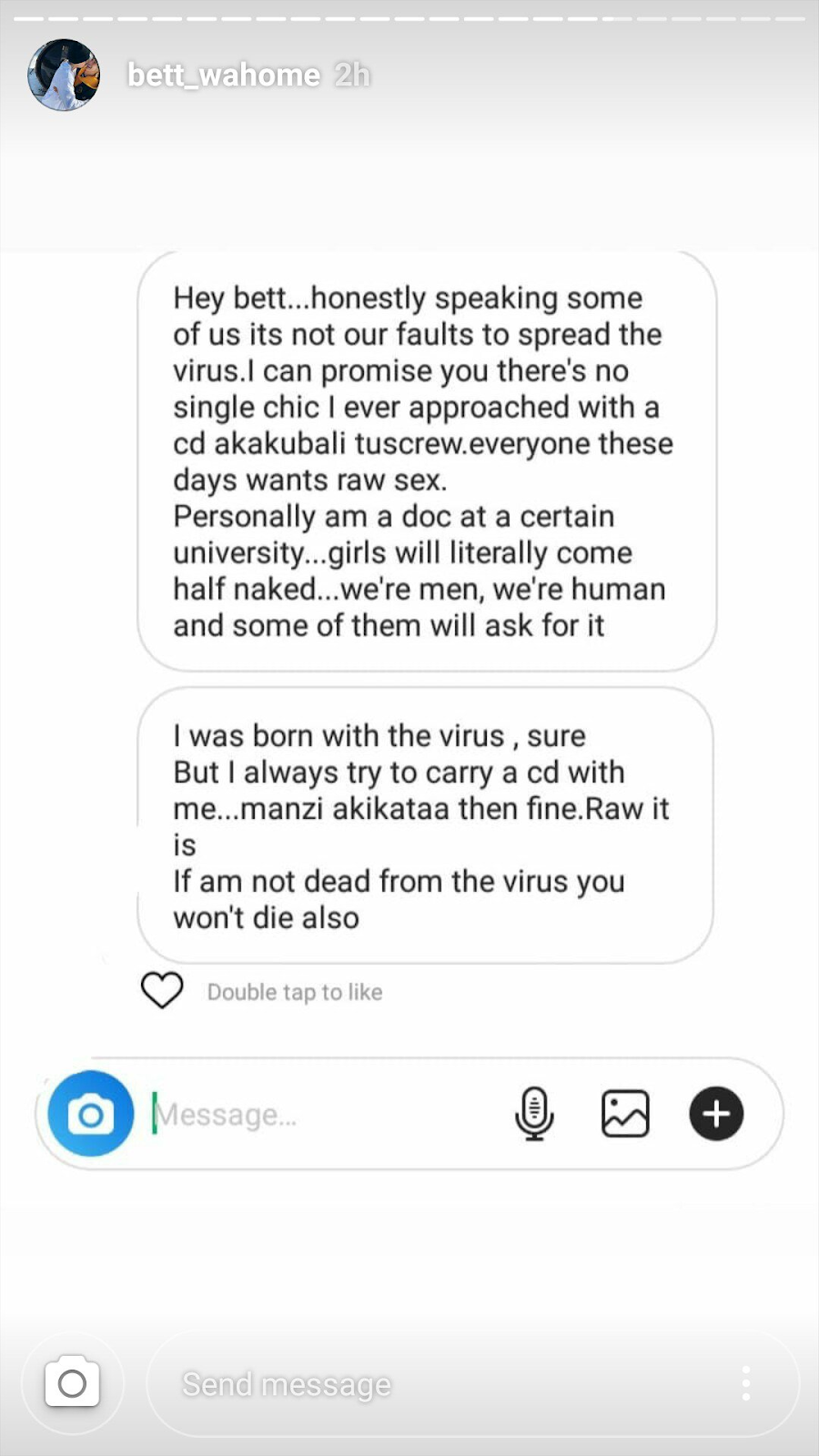 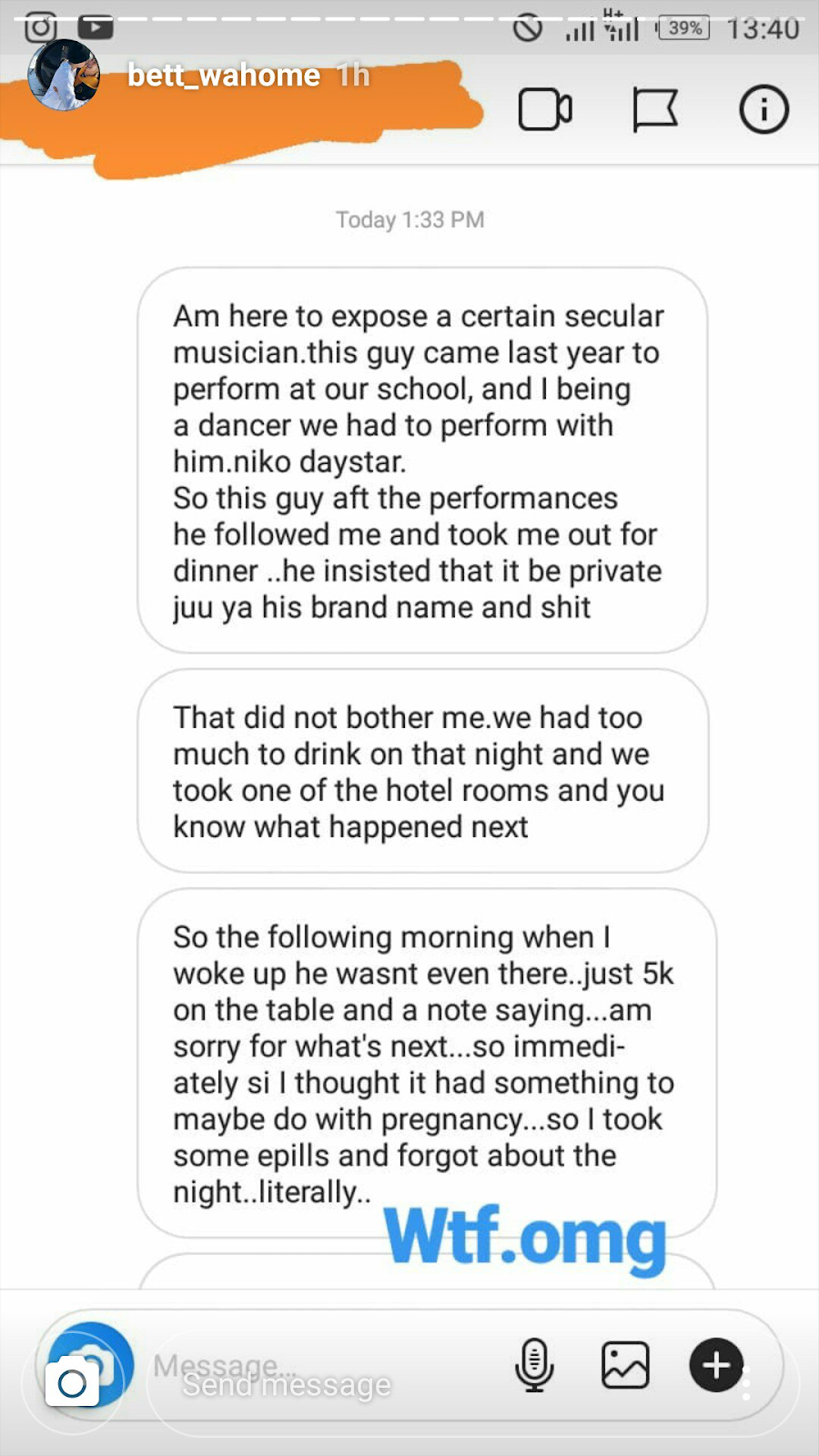 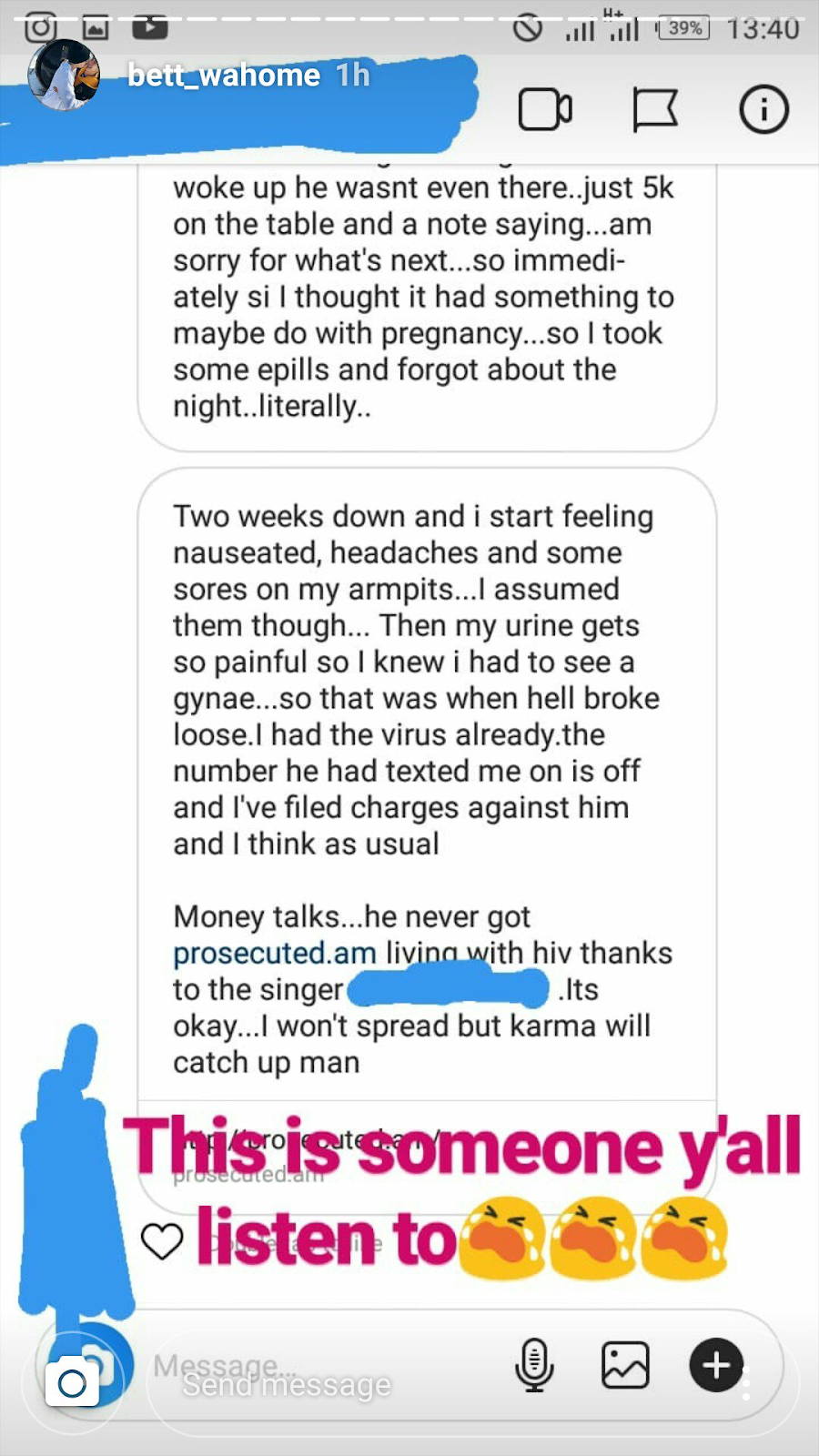 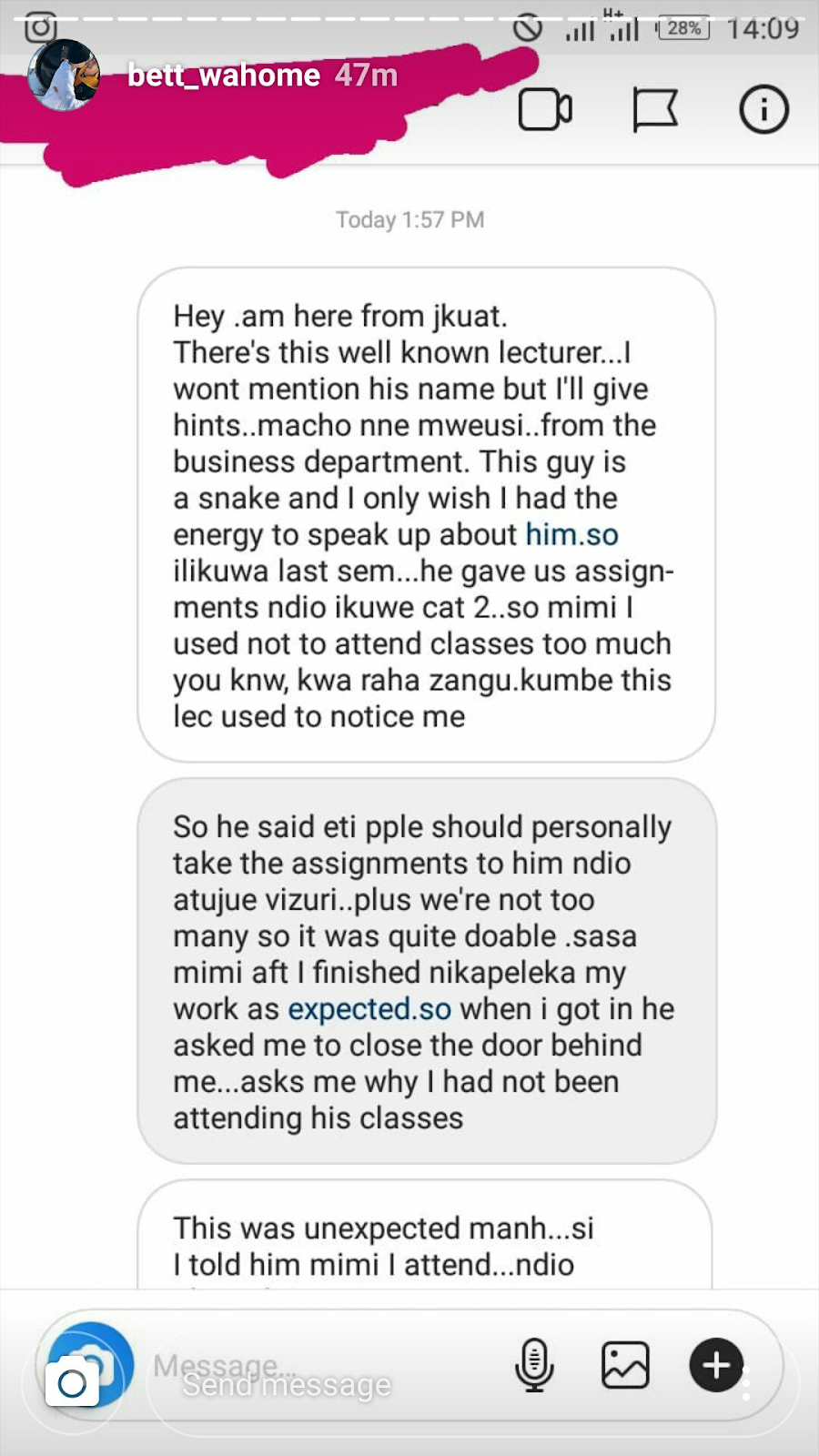 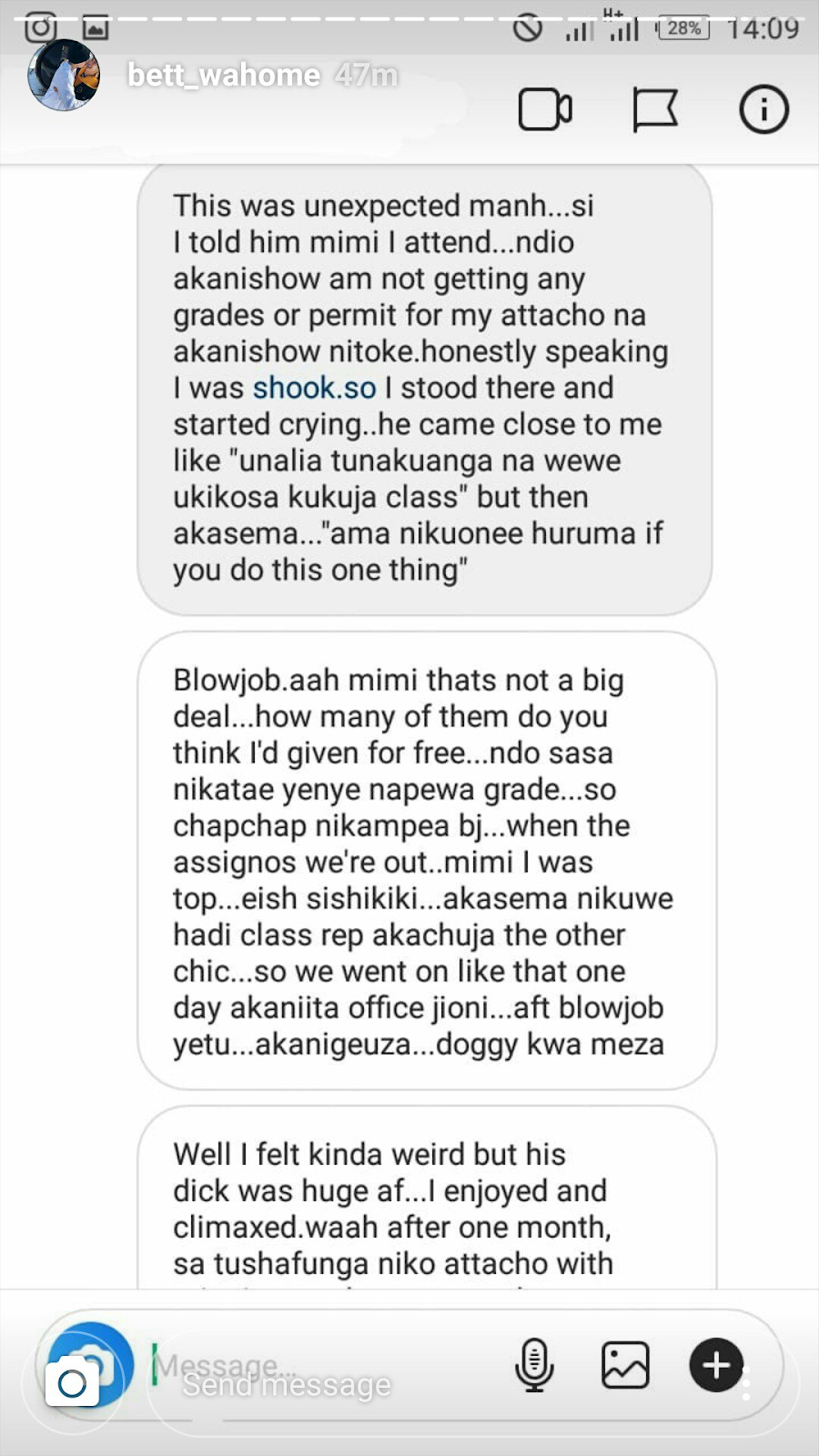 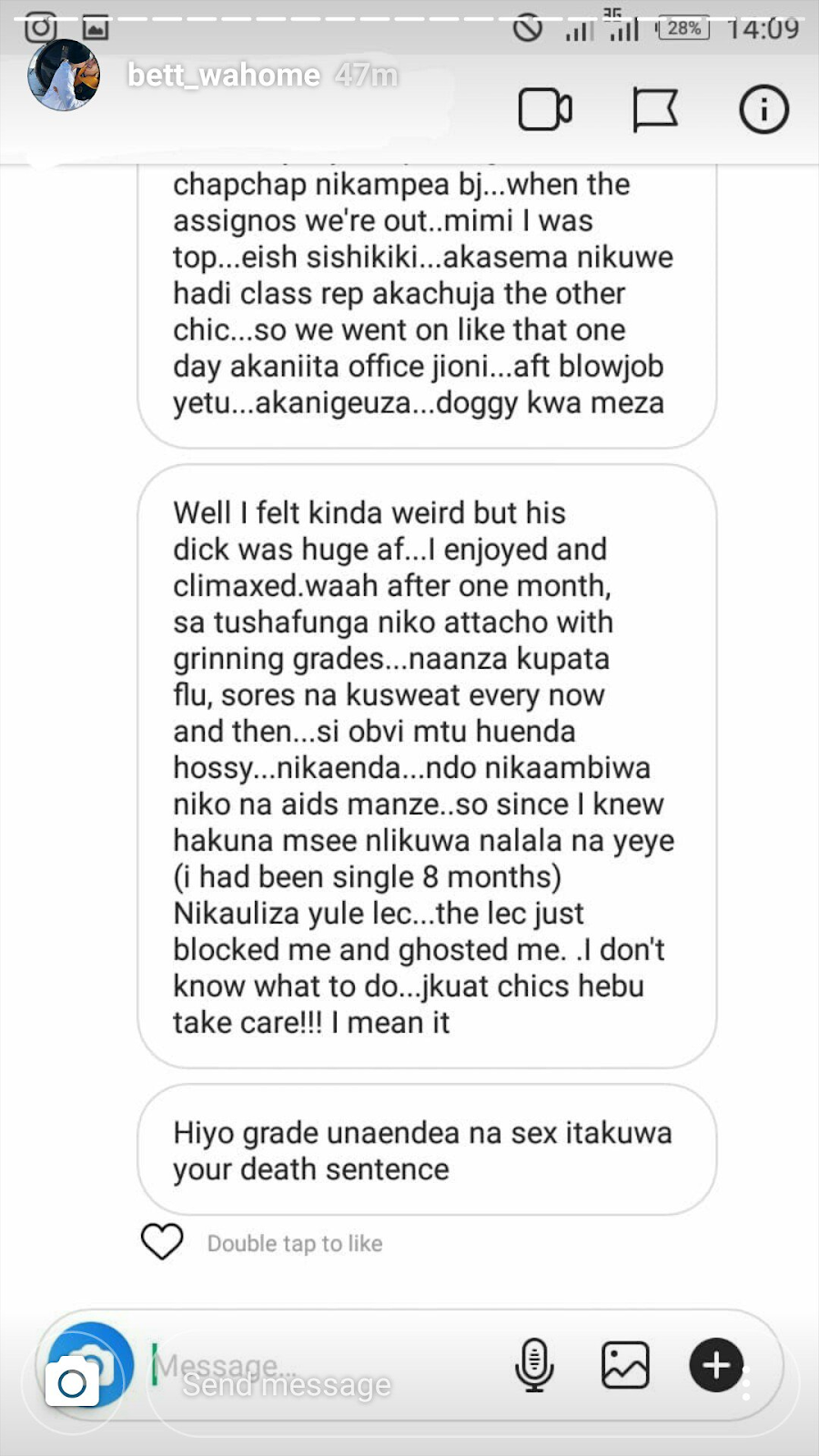