See what a Jubilee sycophant posted in 2017 after giving UHURU a birthday gift on the ballot vs now,EH!EH!

Thursday, April 18, 2019-Majority of Kenyans who turned up in large numbers and  voted for President Uhuru Kenyatta and his Deputy William Ruto are regretting why they made the stupid decision on the ballot.

A case in point is this Jubilee sycophant who in 2017 bragged how he was going to give Uhuru Kenyatta a gift on his birthday by voting for him but 2 years later, he is regretting waking up early to vote for Uhuru and Ruto.

Uhuru and Ruto, the men he called saints in 2017 have now turned into devils.

He claims they  are the most useless leaders ever witnessed in Kenya. 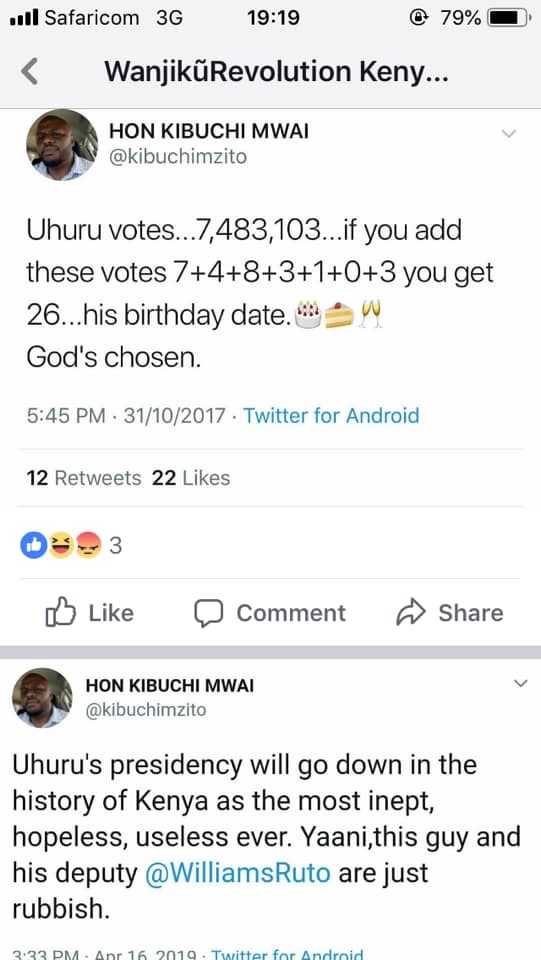