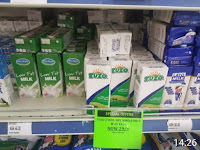 During the meeting, Uhuru allowed for more importation of milk from Uganda.

This move will hurt Kenyan farmers since cheap milk from Uganda has started infiltrating the market.

Ugandan Lato milk (UHT) is now going for Ksh 30 in some supermarkets while Kenyan milk goes for 40 bob and above.

See this photo and weep for Kenyan farmers. 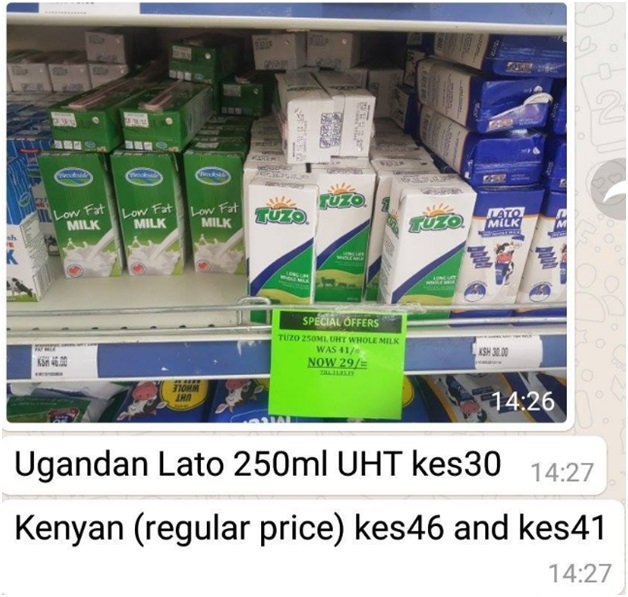