I saw them in a hotel drinking, smoking and hiring PROSTITUTES for SEX - Muslim man calls out fellow Muslims for being hypocrites

Wednesday, April 17, 2019 - This Muslim man has lashed out at his fellow Muslim brothers and sisters for being hypocrites.

He was in a hotel in America where he saw Muslim faithfuls drinking, smoking and hiring prostitutes for sex.

And despite doing all those things which are not in line with the Islamic religion, they still had the audacity to double check whether the food that Uber was to delivere to them was Halal.

This is hypocrisy of the highest order. 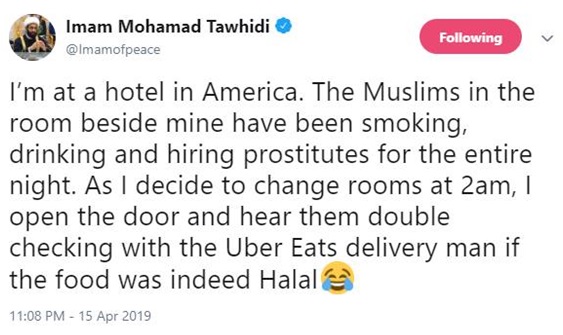