DRAMA!! Senator beaten like a drum and stripped naked after he was busted having SEX someone’s wife (VIDEO)

Friday, April 12, 2019 - A Senator was humiliated in public after he was caught red handed smashing someone’s wife. 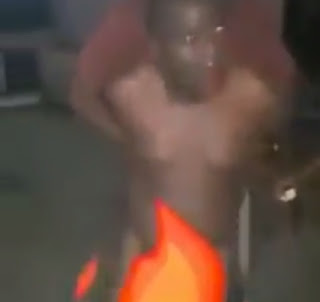 The fat politician from Nigeria was stripped naked and his hands tied with ropes and then given a dog’s beating.

He was left begging for mercy like a toddler but the irate mob could hear none of his cries.