Are the ghosts of 2007/8 post election violence hunting KONES Family? His generation is being wiped out. 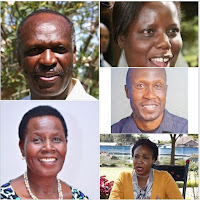 Some things don't just happen. During the 2007/8 post elections violence, then Bomet Constituency MP Kipkalya Kones was incharge of the targeted attacks on Kikuyus in parts of the Rift Valley. This was after William Ruto's declaration that, "It is either a Kenya for all of us, or non for any of us", remarks that earned him the ICC ticket.

Kones name appeared prominently in witness statements and was said to have received orders directly from then ODM stalwart William Samoi Ruto. Specifically, Kones was incharge of various attacks like Kiambaa church which was the hallmark of the violence when women and children seeking refuge in church were burnt alive.
Kones was incharge of paying the Kalenjin militia that killed, maimed and displaced thousands of Kikuyus living in Rift Valley. When charges were pressed against individual attackers identified by survivors, Kones personally bailed them out from police stations across the Rift Valley.
Factually, Kones was to be charged posthumously at the ICC, he was the biggest link between Ruto the financier and Kalenjin militia who perpetrated these attacks. Unfortunately Kones perished in a 'tragic air crash' in company of then Sotik MP Lorna Laboso.
Since his death, Kones family has been faced by death tragedies one after the other. Last year, Kones favourite son, Kipkelyon Kones committed suicide after what family said was domestic misunderstanding. This week, the family is mourning yet another death, this time his favourite daughter who died in unclear circumstances.
To make it worse, another of Kones child has been in and out of rehab after she was diagnosed with HIV in August 2016. In-short, Kipkalya Kones sold his soul to the devil by agreeing to be the conveyor belt of blood money that saw tens of innocent and unarmed Kenyans killed in Kiambaa Church.
Sadly, despite being an MP, his wife is paying bitterly for the sins of his husband and his accomplices. It's just a matter of time before Ruto starts to pay the price. Wathi urihagirwo thi, we forgave, but we shall never forget. We've a new constitution, let Sudi and company attempt that nonsense again!
Kones cursed his own generation when he sponsored and facilitated tribal cleansing. Imagine these militia stood guard as women and children perished in that fire, those who tried to save themselves through the window and doors were repulsed by a rain of arrows and spears from the intoxicated militia.
When I see Mt Kenya MPs and Governors like Waititu accompany Ruto around the country I wonder how selfish and stupid our leaders can be. The events of 2007/8 shall never be repeated, not under the current constitution where powers are clearly defined.
Truth be told.