Friday, March 15, 2019- Raila Odinga’s daughter, Winnie, received a backlash from a section of Kenyans on social media after she accompanied her father to meet DRC President, Felix Tshisekedi.

A twitter user identified as  @HonBenMogaka  shared a photo  of Winnie Odinga in a meeting with President Tshisekedi, her father and some other delegates and described Raila’s decision to tag along his daughter to the powerful meeting as  impunity.

Winnie Odinga clapped back at  Mogaka saying,,” I don't think you know what impunity means, let me help you out. Impunity means "exemption from punishment or loss or escape from fines" 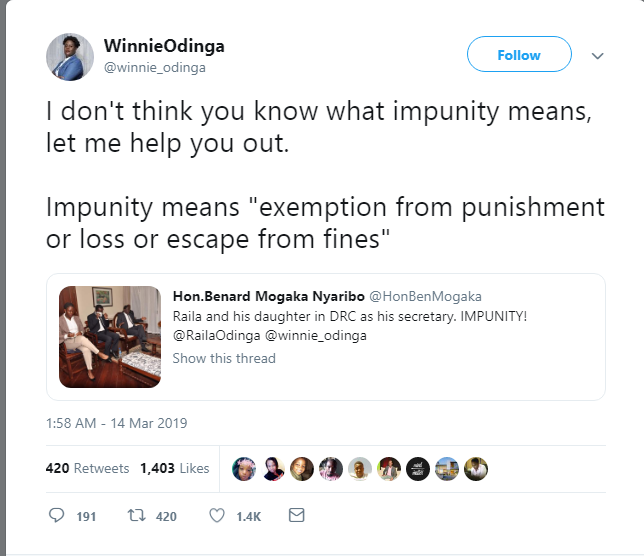 The presence of Winnie Odinga at the powerful meeting has left tongues wagging and a section of Kenyans on social media  now claim that Raila has employed his daughter to be his  personal secretary after landing the AU job.

She has been accompanying her  father to powerful meetings both in and out of the Country.

The Odinga family has been accused of being selfish and holding the Luo community hostage.

Here's a photo of Winnie Odinga at the powerful meeting between her father and DRC President that has caused a heated debate. 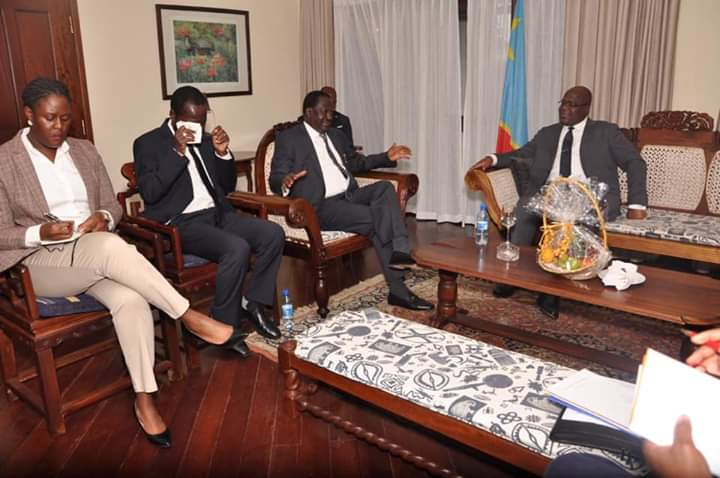