Wednesday, March 27, 2019 - Celebrated rapper, Kevin Ombima, popularly known as Rabbit or King Kaka, has endeared himself to Kenyans with this thoughtful gesture.

Taking to twitter, King Kaka, who is in the US for a music tour shared a photo of himself with the reggae host and wrote:

“Years back when Kaka Empire was a dream I used to design posters at Luthuli Avenue and Njambi believed in my designing skills, I made posters for her Reggae shows. Today I am so proud of you, you’ve grown to be a very strong lady, I am praying for you,”

Njambi has been in the US for the last two years where she is admitted at the Center for Endometriosis Care for advanced treatment after she was diagnosed with Stage 4 endometriosis.

She has been battling the condition for the past 19 years and which has seen her undergo 12 surgeries. 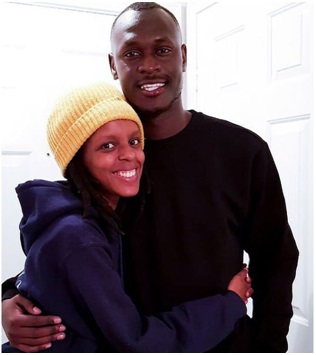