Tuesday, March 26, 2019 - A Luo gay couple has been the talk of social media after they posted photos on facebook getting mushy.

The shameless gay couple flaunted some pack of condoms and held each other tightly, indicating that they were about to have sex.

The photos were captioned,

“If you don’t like my marriage please go to hell and unfriend me. I need space for new people.”

Majority of Kenyans are criticizing the gay couple and urging law enforcers to arrest them because gayism is illegal in Kenya.

This generation has just lost it.

See these photos in case you missed them. 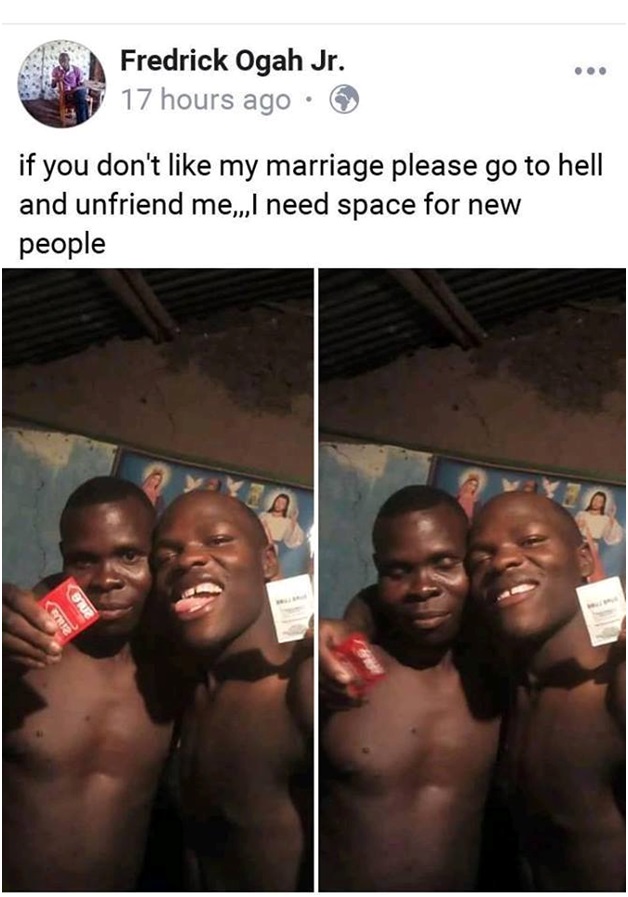