Shame to the owner of this Porsche KCP 888Z, we know what you did at a petrol station in Ngong, shameless bastard

Monday, February 11, 2019 - The owner of this Porsche Cayenne registration number KCP 888Z is a broke idiot masquerading as a rich man.

He went to a petrol station in Ngong and told the attendant to refuel his expensive machine with petrol worth Ksh 8,000.

He then lied that he will send the money via Mpesa and failed to do so.

He just sped off, leaving the attendant high and dry.

The petrol station attendant now risks losing his job because of this stupid man.

This is how he was exposed in a social media platform.

Some of the men you see cruising in these big cars are just broke bastards surviving on loans. 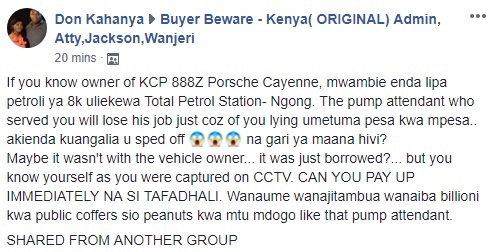 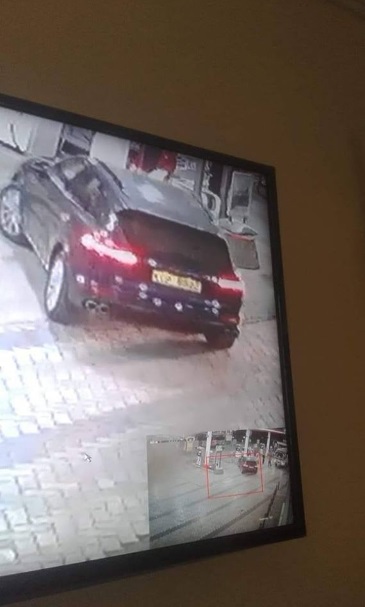