If you see any of these people, just run to the nearest police station-They will empty your ATM and steal from you even without you noticing 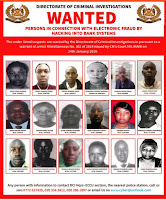 Wednesday January 30, 2019-The Directorate of Criminal Investigations (DCI) has on Wednesday released 130 photos of most wanted criminals accused of electronic fraud.

The DCI advised members of the public to proceed to the nearest police station and give information on their whereabouts.

They are wanted in connection with electronic fraud by hacking into bank systems.

"The following persons whose photos appear below are wanted by the (DCI).”

"If you have any information about their whereabouts, kindly contact (DCI) ECCU Section or at your nearest Police Station," posted DCI.

The DCI explained that they had obtained an arrest warrant from the court of law to nab the suspects.

"The under listed suspects are wanted by the Directorate of Criminal Investigations in pursuant to a warrant of arrest issued by (criminal) court Kiambu...case reference number 121/17/2019," read the poster.

Below are their photos;- 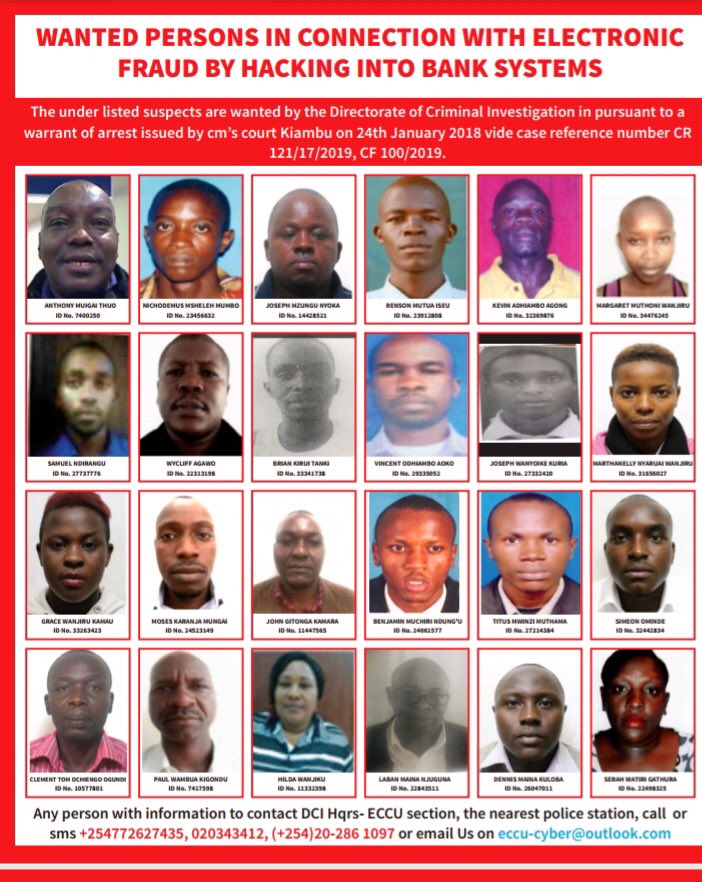 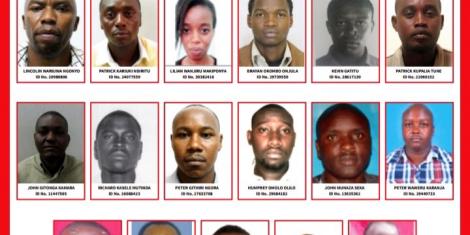 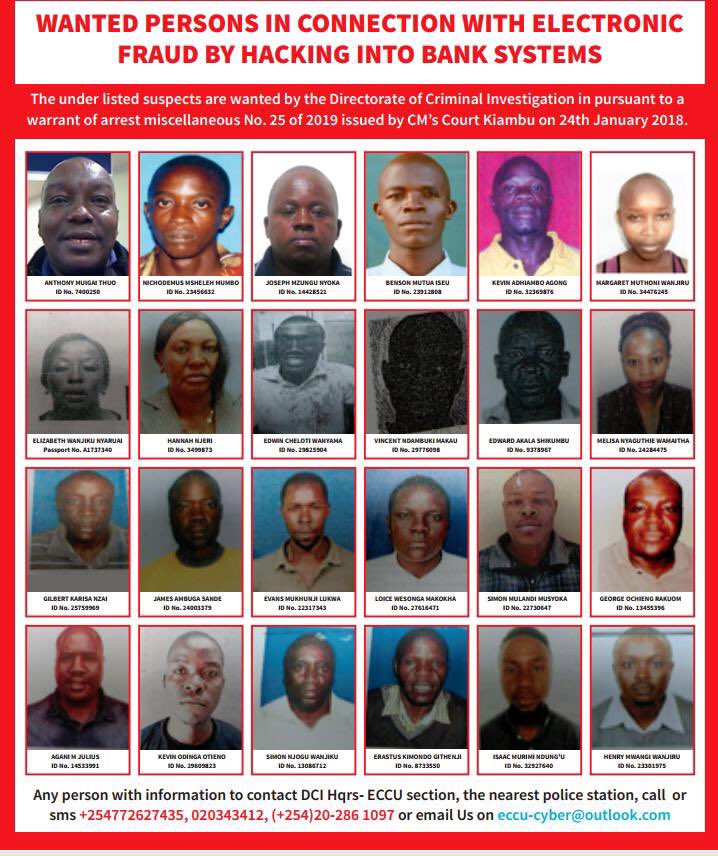 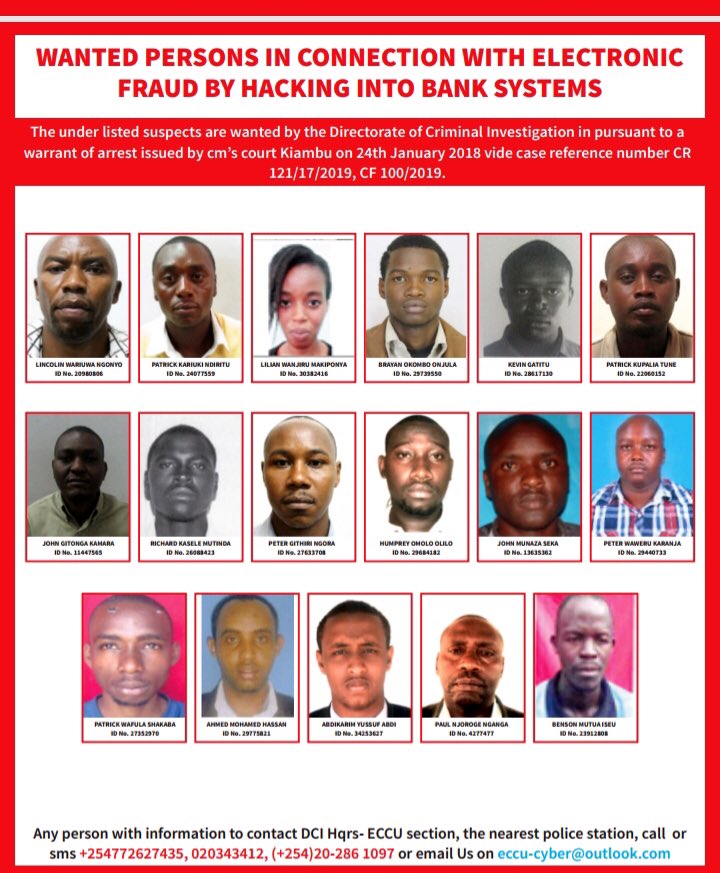 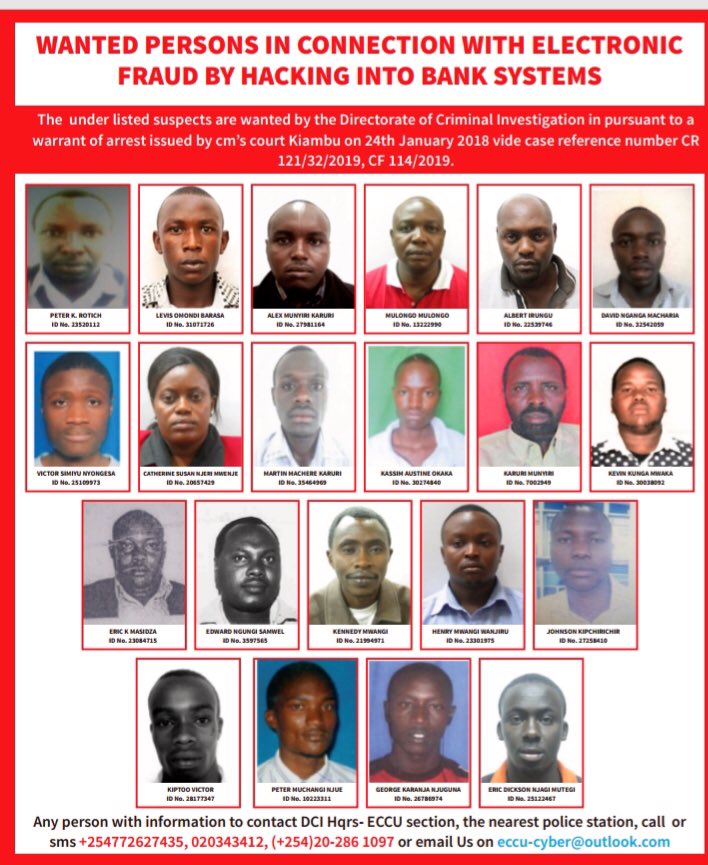 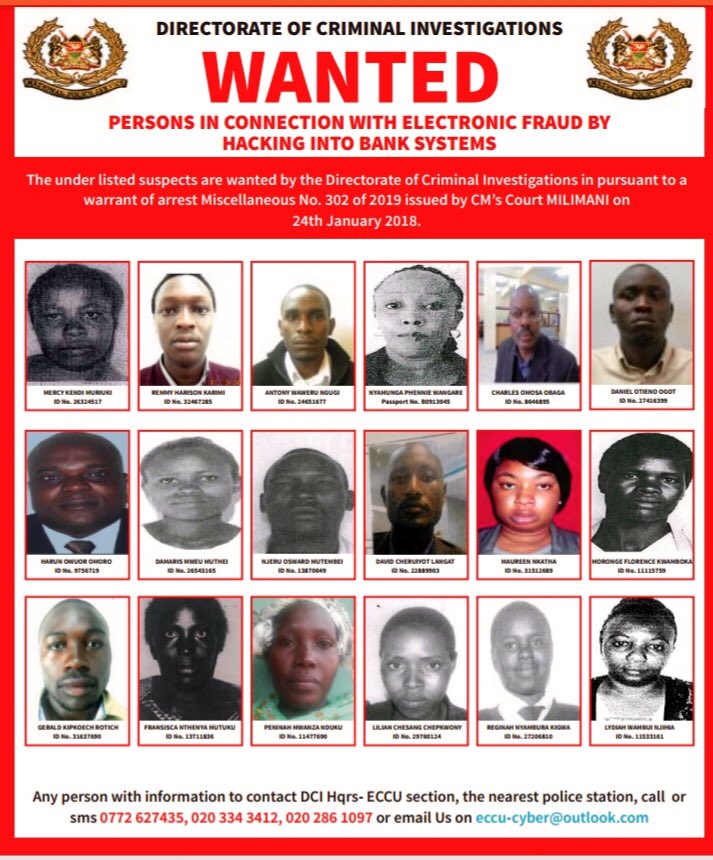 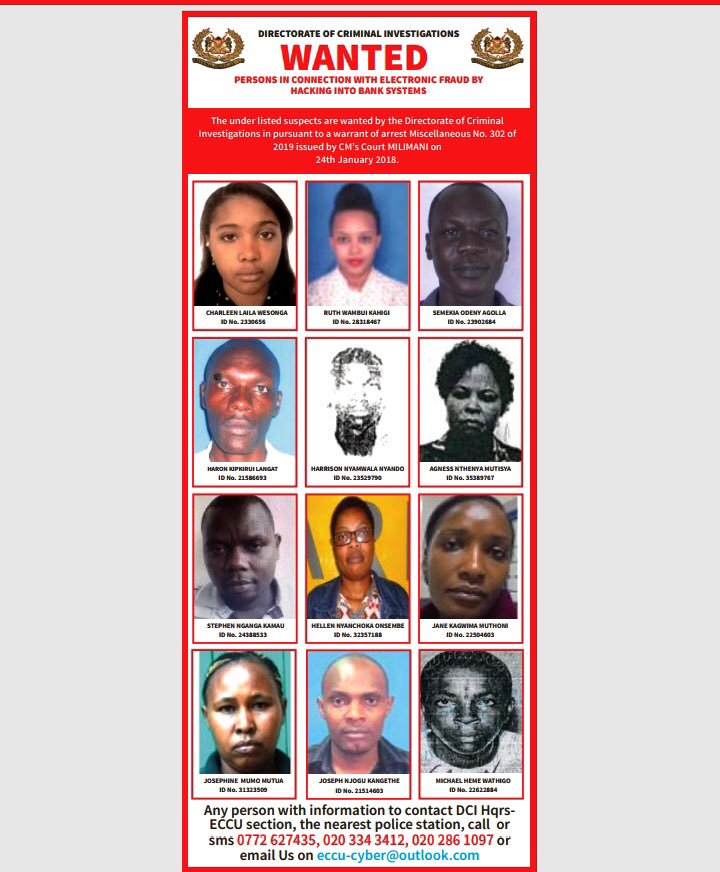