They RAPED his wife and two daughters as he watched - Gang unleash terror on a family.

Thursday, December 6, 2018 - One of the undercover cops, in a popular facebook crime groups where thugs are exposed and robbery incidences reported, has narrated a shocking incidence that happened in an undisclosed location.

Armed thugs broke into someone’s house around 3.00AM and ambushed a family consisting of a father, wife, son and two daughters.

The family tried to call for help in vain and the brutal thugs managed to overpower them.

Just imagine they raped the man’s wife and his two daughters as he watched. 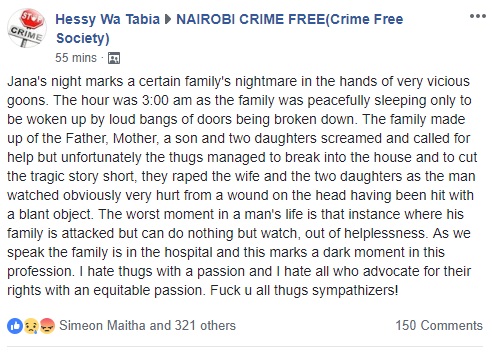